Los Angeles, CA (January 5, 2005) – Despite it brutish appearance, the Volvo XC90 supercharged V8 on display at this year's Greater Los Angeles auto show contains numerous active and passive safety systems. First introduced in 2003, the XC90 has become Volvo Cars of North America, LLC's top seller. With the introduction of the new 311 horsepower V8, sales are likely to continue to climb.

But Volvo's commitment to safety remains. A few of the XC90's safety features include:

This helps reduce the risk of a roll-over accident initiated by extreme maneuvers. RSC is the only active stability-enhancement system on the market to measure the car's roll angle. It was developed jointly by Volvo and Ford Motor Company.

All the seats are equipped with seat belt "pre-tensioners" to help hold the occupants securely in place. In an accident, the pretensioner pulls the seat belt firmly across the occupant's body in order to help provide maximum protection.

The engine in the Volvo XC90 is installed low in the vehicle. As a result, the hood has no less than 3.1" of deformation space before there is any contact with the engine below it. It thus serves as a soft impact-absorbing "bumper", helping to reduce the risk of serious injury to a pedestrian who may be thrown onto the hood of the vehicle.

Keywords:
XC90 (2002-2014), Safety, Auto Shows, Quality, Technology, Events/Activities
Descriptions and facts in this press material relate to Volvo Cars' international car range. Described features might be optional. Vehicle specifications may vary from one country to another and may be altered without prior notification.
Related Images
Jan 05, 2005 ID: 2503 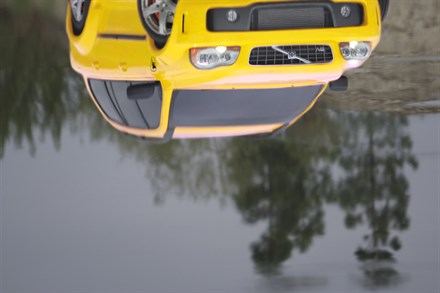 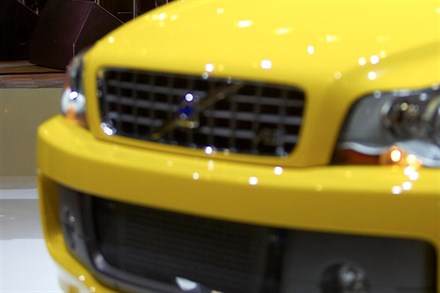