TORONTO (Dec. 7, 2004) – The sporty, new Volvo S40 sedan, with its dynamic style, exhilarating driving character and class-leading safety technology, has been named the Best New Sport Compact car for 2005 by the members of the Automobile Journalists Association of Canada (AJAC), the association announced today.

The annual AJAC judging provides Canada’s top auto writers and broadcasters the opportunity to test the year’s new vehicles, back-to-back, under identical conditions on the race track and on the road. Journalists judge the cars on style, design, handling, comfort and a host of other criteria, and compare objective measure of acceleration and braking performance. More than 50 journalists took part in the 2005 judging. The votes are tabulated by an independent organization.

The AJAC Car of the Year judging is believed to be one of the most comprehensive and objective evaluation programs in the world. Complete results will be posted at www.ajac.ca.

The 2005 V50 sportswagon was named as a finalist in the judging for Best New Stationwagon.

The 2005 Volvo S40 will now be considered for the overall AJAC Canadian Car of the Year. The results of that voting will be released in January, 2005.

“I know we raised some eyebrows when we entered the new S40 in the sport compact category,” said Larry Futers, Vice President Marketing, Volvo Cars of Canada Ltd. “But with the performance of the 218 hp T5, the 6-speed manual transmission, the handling of the car, the stance – we were confident putting it up against the best in the class.”

“We’ve made an important point: The S40 can perform at the top of this class and still have all the traditional virtues of a Volvo,” said Futers. “This really is performance for a new generation.”

Keywords:
S40, Safety, Quality, Special Interests
Descriptions and facts in this press material relate to Volvo Cars' international car range. Described features might be optional. Vehicle specifications may vary from one country to another and may be altered without prior notification.
Related Images
Jan 14, 2004 ID: 1808 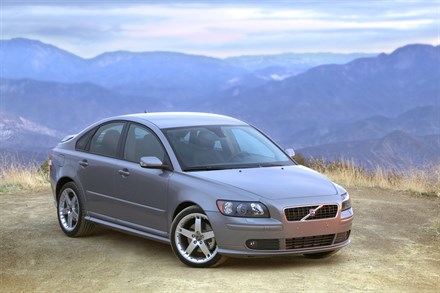 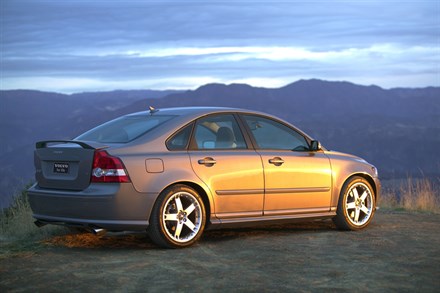