During his tenure, Mr. Doolan managed the U.S. operations through extensive periods of continuous growth – one stretch of improved sales reaching 17 months in a row. In 2003 Volvo established new sales records, and current year sales are ahead of that pace year-to-date.

Mr. Doolan presided over the North American launch of the Volvo XC90, the company's first SUV. The XC90 has become the most heralded vehicle in Volvo's history, having garnered more than three dozen awards globally - most of which were in the United States. Volvo's first true performance vehicles, the S60 R and wagon variant V70 R, were also rolled out during Mr. Doolan's watch, as well as the recently introduced class-leading new Volvo S40 and sports activity wagon counterpart, the new V50.

"We've come a long way toward making Volvo the brand that offers styling, performance and excitement, in addition to our core values of environmental care and safety," says Doolan. "We entered segments that were new for us,…but we did it the 'Volvo way,' " he said.

A noteworthy corporate initiative that took flight during the past few years is the much-talked about Volvo for Life Awards. The premise of 'ordinary people doing extraordinary things' hits home with Volvo's brand values. The program seeks out local heroes and recognizes them at an annual awards event, the grand prize being a Volvo, for life.

"I firmly believe no other brand could do what we've established, with it being such a perfect fit," Doolan says. "We've engaged all parts of the organization, including retailers, in finding and promoting individuals who have truly made a difference in the lives of others. This is rewarding and important, for all of us," he said.

"Vic has put in place an admirable foundation from which to build, and it will not be easy to fill his shoes," said Olsson. "We feel Anne's successes in a broad range of business areas, and her skills in brand management and organizational leadership will substantially contribute to her maintaining VCNA’s volume growth, profitability and Volvo’s brand development in North America,” he said.

Prior to being her position as VP of Sales Operation at Volvo Car Corporation, Ms. Belec held a variety of leadership positions in brand management, marketing, and sales and service with Ford Motor Company. Creativity, efficiency, effective delivery and building strong dealer relationships have been ubiquitous characteristics during her illustrious career.

Ms. Belec will join VCNA January 3, 2005. Mr. Doolan will remain President and CEO through a transition period until his retirement date, effective the end of March 2005.

Volvo has been building cars with Safety in mind for over 75 years. The 2005 Volvo Cars model line-up includes: the award-winning new S40 and its wagon counterpart the all-new V50; the award-winning XC90; the sporty S60 sedan – including the award-winning performance sedan – S60 R and the performance wagon version – V70 R; the flagship S80 luxury sedan; versatile V70 wagon and rugged XC70 (Cross Country); and, the C70 convertible.

Keywords:
People, Events/Activities, Special Interests
Descriptions and facts in this press material relate to Volvo Cars' international car range. Described features might be optional. Vehicle specifications may vary from one country to another and may be altered without prior notification.
Related Images
Sep 18, 2003 ID: 350 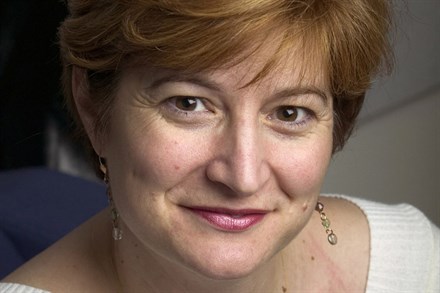