Alex Scott was an eight-year-old cancer patient from Wynnewood, Pa., who gained national attention for her efforts to raise money for pediatric cancer research by holding annual lemonade stands. Sadly, Scott passed away Aug. 1, almost three-fourths of her way toward her goal of raising $1 million to fight pediatric cancer. Before she died, Volvo committed to the Scott family they would help Alex reach her goal.

Last month, Volvo held a weekend-long initiative called “Drive for life Days,” in which they conducted Alex Lemonade Stands at more than 300 retail facilities nationwide, sharing Alex’s story and raising enough funds to ensure the $1 million goal was met. And, in honor of Alex’s giving spirit, the Volvo retailers also donated at least $10 for every test drive of a 2005 Volvo car to local charities of their choice, raising an additional $115,000 for nearly 100 local charities nationwide.

“Sometimes in life, it’s the little things that make the most difference,” Doolan said. “Alex showed us that a simple lemonade stand can become an international grassroots movement. When she held her lemonade stands, every cup of lemonade counted. Likewise, with these events, every test drive counted. She was the driving force behind our efforts, and we’re so happy that we made true on our promise to help her fund reach $1 million before the end of the year.“

Doolan also today announced the annual “The Alexandra Scott Butterfly Award” to celebrate child heroes who, like Alex Scott, embody the conscience, care and character in helping others.

Each year, Volvo will present the Butterfly Award as part of its Volvo for life Awards program. Today through Jan. 10, 2005, individuals nationwide are encouraged to visit www.volvoforlifeawards.com to nominate a child hero they know.

From these nominations, Alex’s family and Volvo will in March select the winner, who will receive a $25,000 contribution to the charity of the hero’s choice. He or she will be recognized along with other Volvo for life Awards winners in New York on March 23 at the annual Volvo for life Awards Ceremony.

In return for their service as judges each year, the Scott family will receive a $25,000 contribution from Volvo to Alex’s fund.

Alexandra Scott, a young girl from Wynnewood, Pa., suffered from neuroblastoma, an aggressive childhood cancer and passed away Aug. 1 at age eight, having raised almost three-fourths of her $1 million goal to fight pediatric cancer. What started as a simple but passionate idea has inspired a grassroots fundraising movement that has spread from the United States to France and Canada. In 2003, Alex was named one of the nation’s top 10 heroes in the Volvo for life Awards, the nation’s largest annual search for and celebration of everyday heroes.

Keywords:
People, Events/Activities, Special Interests
Descriptions and facts in this press material relate to Volvo Cars' international car range. Described features might be optional. Vehicle specifications may vary from one country to another and may be altered without prior notification.
Related Images
Nov 09, 2004 ID: 2486 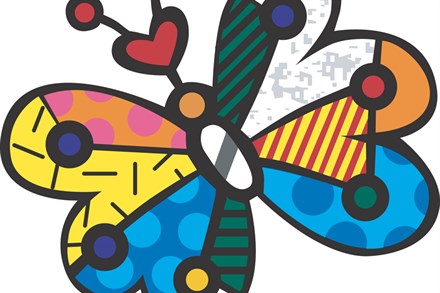