First unveiled at the Paris Auto Show in September, Volvo's refined V8-powered XC90 has undergone a radical transformation for the 2004 SEMA show. Boasting a lowered stance, an aggressive body styling treatment and high performance wheels and tires, the XC90 Power Utility Vehicle (PUV) takes Volvo's hottest selling vehicle to the next level. But the transformation is more then skin deep. Still a work in progress, the V8 is slated to eventually produce 650 horsepower through its six-speed automatic "Geartronic" transmission and standard electronically controlled all-wheel-drive system.

The XC90 PUV, however, is still a Volvo. Meaning that wrapped within its eye-popping new looks are a number of state-of-the-art safety systems. Introduced with no fewer than five automotive world's firsts when it debuted two years ago, the Volvo XC90 was the first SUV to the market with standard Roll Stability Control (RSC), head curtain airbags for all three rows of seats, pyrotechnically charged pretensioning seatbelts in all seating positions and an incredible Dolby Pro Logic surround sound stereo system.

All new for 2005, the Volvo V50 activity sportswagen offers utility and safety in a dynamic design that has been heralded by the automotive media for its buttoned-down driving characteristics. The V50 making its debut at the 2004 SEMA show has been "breathed on" by Volvo's Special Vehicles (SV) department in Gothenburg, Sweden.

While its exterior is restrained, and sophisticated, highlighting the V50's Scandinavian signature design elements, the heart of a true enthusiast beats beneath its sculpted hood. A highly tuned 2.5-liter turbocharged 5-cylinder engine pumps out an awe inspiring 340 horsepower. As would be expected, an electronically controlled all-wheel-drive system and a close-ratio six-speed manual transmission are also on tap to make the V50 SV the perfect all-weather extreme crossover wagon.

Following on the heels of last year's Volvo S60 R SEMA dream cars, Evolve has once again created a masterpiece of design and engineering, this time in the shape of the exciting new S40 sport sedan. Extensively modified with a larger turbo that has also been repositioned away from the intake manifold where it resides in the stock car, the Evolve S40 puts out an estimated 425 horsepower to all four wheels via Volvo's Haldex electronically controlled all-wheel-drive system.

All three high performance Volvos will be on display from November 2 - 5, 2004 at the 2004 SEMA tradeshow. The cars will be on display at the Ford Motor Company booth in the Las Vegas Convention Center. Trained product specialists from Volvo and Evolve will be on hand to answer any questions. For more information on each of the cars, please refer to their respective press releases: Volvo XC90 Power Utility Vehicle, Volvo V50 SV and Evolve S40.

Keywords:
S40, V40, XC90 (2002-2014), Auto Shows, Technology, Events/Activities, Special Interests, 2005
Descriptions and facts in this press material relate to Volvo Cars' international car range. Described features might be optional. Vehicle specifications may vary from one country to another and may be altered without prior notification.
Related Images
Nov 02, 2004 ID: 2460 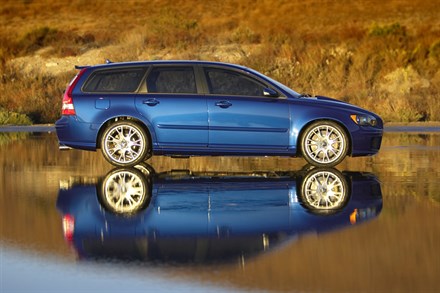 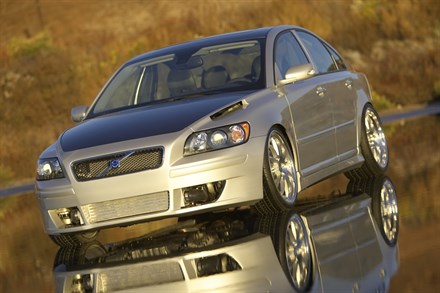