Each artist has used their talent and creativity to turn a pair of iconic Stan Smith sneakers into one-of-a-kind works of art, inspired by the new Volvo XC40 SUV. Each will be auctioned to raise money for students looking to make a career in the auto industry.

Head of Design for Volvo Cars

Page is responsible for running the Volvo design department.  Prior to his appointment in 2017, Page served as Head of Interior Design. Before joining Volvo Cars in 2013, Page was Head of Interior Design at Bentley Motors. Whilst at Bentley he was responsible for the interior designs of the Continental and Mulsanne ranges, as well as the interior design for the State Limousine of British Queen Elizabeth II. At other stages in his career he also performed work for Rolls-Royce and Bugatti.

Jay Ward
Creative Director of “Cars” Franchise, Pixar Animation Studios
Ward started at Pixar in 1998 as a production assistant on the film “Monsters, Inc.” He was a Coordinator for the 2006 film “Cars” where he applied his automotive knowledge.  He also worked on “Ratatouille” and “Brave” and returned to cars for “Cars 2” and the creation of “Cars Land,” at Disney’s California Adventure Park, and continues to contribute everything and anything within the “Cars” franchise.

Jay Shuster joined Pixar Animation Studios in September 2002 as a concept designer on the Golden Globe®-winning “Cars,” where he translated the ideas of director John Lasseter into characters and environments for the film.  Shuster went on to work as a character designer on the Academy Award® winning feature “WALL•E,” and Golden Globe®-nominated “Cars 2.” Shuster stepped back into the Cars World as a Production Designer on Disney• Pixar’s feature film, “Cars 3,” which was released in the U.S. on June 16, 2017. As the son of a car designer, Shuster’s childhood bedroom was filled with blueprints, drawings, posters, machines and models of all things related to every mode of mechanized transportation.  However, it was not until Shuster saw the original “Star Wars” that he made the connection between his passions and a possible future in the film industry. Before finding his place at Pixar, Shuster began his film career at Lucasfilm, where he worked as a concept artist.  In this role, he designed a variety of vehicles and environments for “Star Wars: Episode I – The Phantom Menace” and “Star Wars:  Episode II – Attack of the Clones.”

Contemporary Artist and Professor at Savannah College of Art and Design

An artist known for dynamic, powerful artwork that combines an alluring blend of vivid colors and layered textures, Farris’s new work displays a greater focus on what he calls “a celebration of history,” focusing on positive historic elements of the Gullah Geechee culture making references to important cultural elements like the land, storytelling and artistic traditions. At the heart of Amiri’s artistic vision is the desire to capture the essence and tell the history of the Gullah-Geechee people and their way of life. His work has been featured in more than fifty one-man gallery shows across the U.S., including Washington, DC, and the York W. Bailey Museum at Penn Center National Historic Landmark. His current projects include commissioned artwork for the Mercedes-Benz Stadium Atlanta Georgia. A series of large-scale works Murals and installations in South Carolina and Georgia.

The finished works created by these artists and designers will be auctioned off at the Flights & Fancy Aeroport Gala on November 2, benefitting the Driving Young America charitable fund. The shoes will remain on display by the Volvo exhibit throughout the Concours weekend. Stan Smith himself will be at the Concours signing his new book, “Some People Think I’m a Shoe,” which chronicles the tennis legend’s life and career.

“The art of design captures all of our imaginations regardless of whether or not it involves a canvas or a car – Stan Smith joining us this year has created a canvas unlike anything else we have ever seen. From art directors to creative design - each pair not only raises funds for our charity but illustrates the breadth of art’s influence in our everyday lives. The results of this incredible showcase and auction reflects the spirit of our event like nothing we have ever done." Said Carolyn Vanagel, President Hilton Head Island Concours d’Elegance & Motoring Festival President.

“Both art and design entertain us, thrill us and surround us throughout our event. It's no surprise that Volvo, Stan Smith and these incredible artists were willing to come together to help raise money for Driving Young America, the Concours’ charitable fund which provides scholarships to deserving youth and supports children’s charities.”

Other auction items include a pair of VIP tickets to the final weekend of the 2019 Volvo Car Open tennis tournament held on Daniel Island in Charleston, South Carolina. Held March 30- April 7, 2019, two lucky spectators will enjoy VIP treatment in the Volvo Cars Suite with a bird’s eye view of the court, indoor/outdoor seating with a furnished deck overlooking Stadium Court and delicious food.

For event details and tickets to attend visit www.hhiconcours.com

To learn more about Volvo and the new XC40 SUV, visit www.volvocars.com/us

ABOUT THE HILTON HEAD ISLAND CONCOURS D’ELEGANCE & MOTORING FESTIVAL:
The Hilton Head Island Motoring Festival & Concours d’Elegance will celebrate its 17th year in the fall of 2018. The Festival kicks off with the Savannah Speed Classic, October 26 – 28, on the Grand Prize of America road course situated on the property of The Westin Savannah Harbor Golf Resort & Spa in Savannah, Georgia. The festivities continue on Hilton Head Island, South Carolina, November 2 – 4, at the Port Royal Golf Club, where the Concours d’Elegance (Nov. 4) takes center stage.  For more information, visit www.HHIConcours.com online.

Keywords:
XC40, 2019, Product News
Descriptions and facts in this press material relate to Volvo Cars' international car range. Described features might be optional. Vehicle specifications may vary from one country to another and may be altered without prior notification.
To view the full copyright information click here
Media Contacts
Related Images
Oct 26, 2018 ID: 240112 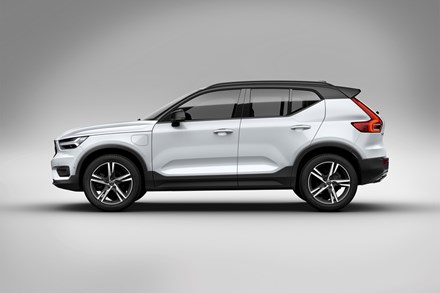 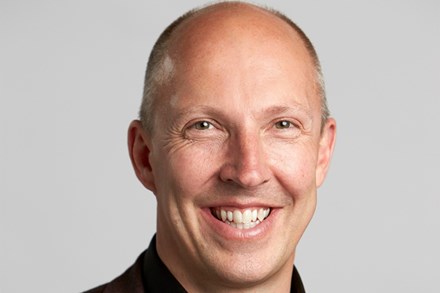