ROCKLEIGH, NJ (December 14, 2017) The Volvo XC90 has been named a Consumer Guide Best Buy for the third consecutive year, adding to the seven-seat SUV’s long list of accolades.

The $46,900 Volvo XC90 comes with a suite of standard equipment including Collison Mitigation, Laminated Panoramic Moonroof, and a 9 inch tablet-like touch screen.

Several powertrain options are available, including a 250-horsepower or 316-horsepower Drive-E gasoline engine in either front or all-wheel-drive, and a 400-horsepower plug-in hybrid powertrain with an EPA rating of 62 mpg equivalent.

The XC90 was named 2016 North American Truck of the Year and 2016 Motor Trend SUV of the Year. The XC90 also received a Wards 10 Best Interiors award. For a full list of awards visit https://www.volvocars.com/us/cars/new-models/xc90/awards

“We are so proud to have the new XC90 recognized by the experts at Consumer Guide,” said Anders Gustafsson, president and CEO, Volvo Car USA. “The XC90 once again is redefining the seven-passenger SUV category, putting as much value on style and design as it does on Volvo’s heritage of safety and practicality.”

Tom Appel, publisher, Consumer Guide, said, “The XC90 offers a spacious, sumptuously trimmed cabin; decent fuel economy from its 4-cylinder engines; and loads of innovative and unconventional features that set it apart from its competition.  When the XC90 was redesigned from the ground up as a 2016 model, it inaugurated a bold new design direction for the Volvo brand and garnered well-deserved rave reviews—and it remains one of the best vehicles in its class.”

Read the full review at http://consumerguide.com/best-buys/2018-volvo-xc90/

Keywords:
XC90, 2018, Product News
Descriptions and facts in this press material relate to Volvo Cars' international car range. Described features might be optional. Vehicle specifications may vary from one country to another and may be altered without prior notification.
To view the full copyright information click here
Media Contacts
Related Images
Jan 25, 2017 ID: 203094 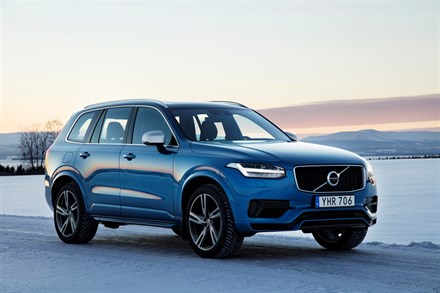 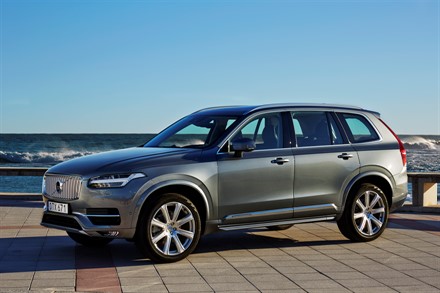