Volvo Cars, the premium car maker, continued its sales momentum in November with growth in all main regions compared with the same month last year, and remains on track for its fourth consecutive record year of sales.

Strong demand for the new XC60, which was the best-selling model in November, and the 90-series cars continues to be an important factor in the company’s growth.

In China, Volvo’s largest market, sales continued to increase rapidly in November, compared with the same month last year. Sales increased by 24.1 per cent to 11,259 cars. The locally produced S90, S60L and XC60 models continued to be the main growth drivers.

The Asia Pacific region as a whole was Volvo’s fastest growing region in November, up 17.6 per cent compared to a year ago.

In the Americas region, Volvo reported a robust 6.8 per cent sales increase year-on-year for the month of November following strong sales of the XC90, new XC60 and the S90.

Keywords:
Corporate News, Product News
Descriptions and facts in this press material relate to Volvo Cars' international car range. Described features might be optional. Vehicle specifications may vary from one country to another and may be altered without prior notification.
To view the full copyright information click here
Related Images
May 15, 2017 ID: 208153 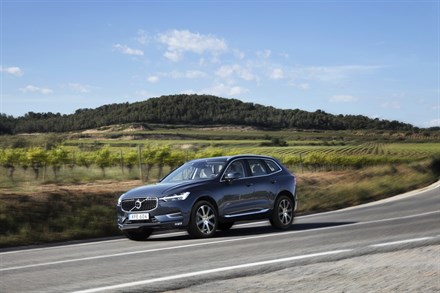