The all-new Volvo XC60 has been named 2018 SUV of Texas by the Texas Auto Writers Association (TAWA). The XC60 also received TAWA awards for Best Connectivity and Best Powertrain.

“Volvo is very proud to get this incredible recognition for the all-new XC60 from TAWA,” said Anders Gustafsson, Senior Vice President Americas and President and CEO, Volvo Car USA. “The XC60 brings all of the award-winning technology from the XC90 to an even more popular market segment.”

“There should be little doubt that Volvo's XC60 has set the bar in the segment and deserves a spot on buyer's shortlist,” said Nic Phillips, president of the Texas Auto Writers Association.

“Following the multiple accolades bestowed upon the full-size XC90 over the past two Texas Truck Rodeos, our journalists have been equally, if not more so impressed by Volvo's all-new mid-size XC60,” said Phillips. “The balance of performance and efficiency in the T8's Twin Engine plug-in hybrid powertrain, and for the third time Volvo's Sensus Connect, factored into the total package the XC60 embodies as the 2018 SUV of Texas.”

The XC60 has been the Swedish car company’s most popular vehicle. More than one-million units have been sold worldwide since it was introduced in 2008. Completely redesigned for 2018, the all-new XC60 is expected to continue that success. Standard features on the $41,500 XC60 T5 include a 250-horsepower turbocharged engine, LED headlights, leather upholstery, and a panoramic sunroof.

A 316-horsepower turbo- and supercharged engine is available, as well as a 400-horsepower XC60 T8 Twin Engine, which was named Best Powertrain by the Texas Auto Writers Association. The XC60 T8 is the only plug-in hybrid electric vehicle (PHEV) in its segment. It has as much power as a Porsche Macan Turbo and better EPA numbers than a Prius C.

The SUV of Texas award was presented to Volvo at the TAWA Texas Truck Rodeo, where more than 70 journalists evaluated and voted on the best-in-class vehicles in 17 categories. Sixty vehicles were put through more than 1,400 test drives and compared for 321 cumulative hours over a two-day period at Longhorn River Ranch, just outside of Austin.

Keywords:
2018, XC60, Product News
Descriptions and facts in this press material relate to Volvo Cars' international car range. Described features might be optional. Vehicle specifications may vary from one country to another and may be altered without prior notification.
To view the full copyright information click here
Media Contacts
Related Images
Aug 22, 2017 ID: 211738 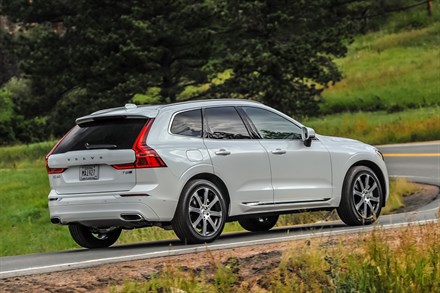 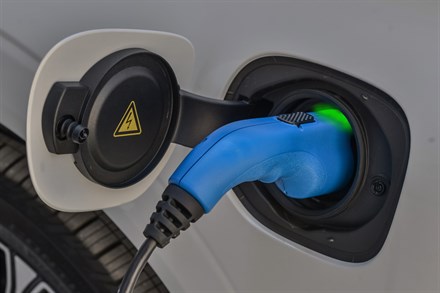