The 2005 Volvo V70 R high-performance wagon sees a number of minor changes for the new model year. Most significant is the body color moldings and trim, giving the car a more integrated, sophisticated appearance. Inside, a 6-disc in-dash CD changer with Dolby Pro Logic II surround sound replaces the 4-CD head unit from last year. Adding an even bigger kick for audiophiles is the optional subwoofer and the stereo may now be equipped to accept a satellite radio receiver. New options this year include a rear-facing third-row seat (available only with the Nordkap interior) and rear park assist, a system that warns the driver with an audible tone as the car approaches an object while in reverse.

The Volvo V70 R, unveiled at the 2002 Paris Motor Show, is packaged with the most powerful engine in the Volvo range. Volvo's newly developed five-cylinder 2.5-liter in-line turbocharged power plant produces 300 horsepower and 295 ft. lbs. of torque between 1.950 and 5,250 rpm.

The R engine's power output per liter of cylinder displacement places it among market leaders for performance efficiency. The engine reaches maximum torque at 1,950 rpm, thanks to the larger cylinder bore and a new turbo from KKK, with a maximum charging pressure of about 1 bar. The high charging pressure significantly raises the temperature of the intake air, so the V70 R is fitted with twin intercoolers.

The Volvo six-speed manual gearbox was specially designed to handle the high torque delivered by the engine. The short-throw shifter allows fast gear changes enhancing the connectivity between the car and driver.

The optional 5-speed Geartronic automatic transmission offers the best of both worlds: the gearbox takes care of all gear changes automatically, or the driver can change gears manually, without a clutch.

Keywords:
R, 2005
Descriptions and facts in this press material relate to Volvo Cars' international car range. Described features might be optional. Vehicle specifications may vary from one country to another and may be altered without prior notification.
To view the full copyright information click here
Related Images
Aug 19, 2004 ID: 2135 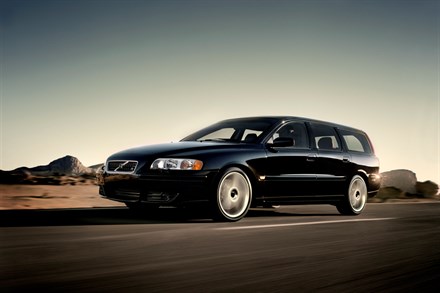 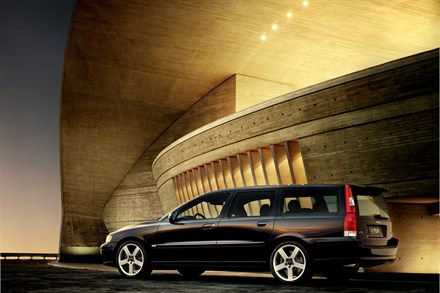 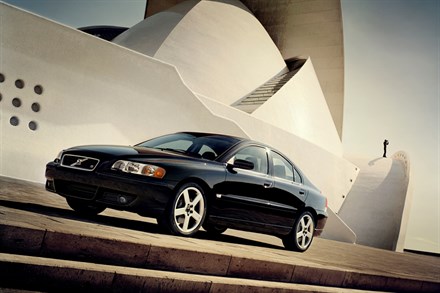