When the Volvo XC90 was introduced in early 2002, there were people who thought that the in-house competition would badly hurt the company’s highly successful XC70.

In 2003, the Volvo XC90 took the car market by storm and Volvo Cars raised its production target from the original 50,000 to 90,000 units. Despite this, sales of the Volvo XC70 continued to increase over the 2002 figures – and now the model is being rejuvenated with features that make it even more attractive.

“The strength of the XC70 is that it radiates an ability to carry you wherever you want, no matter which adventure you’ve set your sights on. New design elements inside and out reinforce that feeling and give the car an even more appealing and more robust appearance,” says Hans-Olov Olsson.

XC70 hits the adventure trail while the XC90 stays in town

In terms of commercial appeal, these two Volvo models turn to different target groups, each of them using their cars differently.

Buyers of the Volvo XC90 generally stick to the city’s asphalt roads and are secure in the knowledge that their SUV radiates readiness to carry them off-road. The owner of a Volvo XC70, on the other hand, is often on his or her way to and from recreational activities in environments with tougher driving conditions.

Safety in the 2005 Volvo XC70 is enhanced with a number of additional features, such as the intelligent camera-based BLIS (Blind Spot Information System), which monitor’s the driver’s blind spots.

The camera-based system takes 25 pictures per second and continuously monitors the areas to the offset rear of the car for other vehicles. When another vehicle is detected a small indicator lamp illuminates at the base of the respective A-pillar.

Additionally, Water Repellant Glass will also be offered optionally on the 2005 XC70. A film applied to the front side glass and side mirrors allows accumulated water buildup to be more easily wicked away during rainy weather.

The Volvo XC70 created a whole new crossover segment in North America with the introduction of the original model back in 1997.

The United States will continue to remain by far the largest single market, with estimated sales at around 13,700 units for the 2005 model. The renewed Volvo XC70 will reach the showrooms in September 2004 and close to half of the first year’s production volume of 35,000 cars will go to the U.S Sweden is the second-largest market, with Japan in third place and Canada in fourth.

Keywords:
XC70 (2007), Safety, Quality, Technology, 2005
Descriptions and facts in this press material relate to Volvo Cars' international car range. Described features might be optional. Vehicle specifications may vary from one country to another and may be altered without prior notification.
To view the full copyright information click here
Related Images
Jun 15, 2004 ID: 2038 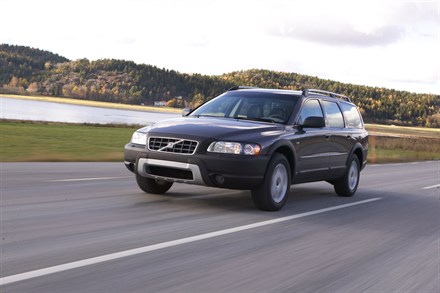 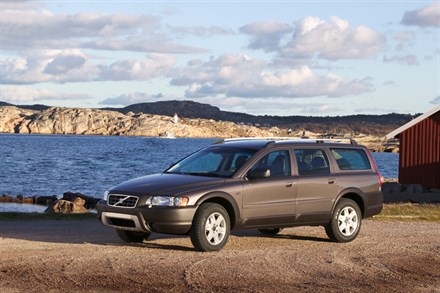