Volvo Cars, the premium car maker, has reported a third consecutive year of record sales in 2016, increasing 6.2 percent compared to 2015 to 534,332 cars, underlining the breadth and depth of the company’s ongoing global transformation.

The record 2016 was driven by solid growth in all major sales regions, including double-digit increases in its two largest markets China and the United States and a strong performance in Western Europe. Looking ahead, Volvo is confident that 2017 will be another record year in terms of sales.

Sales of the new top-of-the-line 90 series cars were the main growth driver globally, led by the Volvo XC90 large premium SUV for which sales rose 125 percent versus 2015, highlighting the success of the company’s new design and engineering direction and boding well for the future as more new models are revealed in coming years.

Meanwhile, the XC60 mid-size premium SUV established another new annual sales record of 161,092 cars in its ninth year on the market, having increased sales every year since it was introduced in 2008.

Volvo’s largest market in 2016 was China, with total sales of 90,930 cars, an increase of 11.5 percent. The best-selling models in the world’s largest car market were the locally-produced Volvo XC60 and S60L premium sedan.

In the United States Volvo took market share in 2016, growing 18.1 percent, making it one of the fastest growing premium brands in a broadly flat market. Total sales for the year amounted to 82,726 cars, with the Volvo XC90 and XC60 leading sales performances.

Sales in Western Europe increased 4.1 percent, boosted by strong performances in key markets such as Germany, the United Kingdom, France and Italy. Total sales in the region amounted to 206,144 cars.

The new sales record in 2016 tops off another year in which Volvo Cars continued its global transformation and the repositioning of the brand to compete with its global premium rivals.

During the course of the year the company strengthened its leadership in areas such as autonomous drive (AD), electrification and safety, forged new business alliances, continued the renewal of its entire product range and expanded its global manufacturing footprint.

Volvo Cars also unveiled a new manufacturing strategy for China in which production capacity will be increased and China will be developed in a global manufacturing export hub. Its top-of-the-range S90 cars will be built in Daqing in northern China, while existing and future 60-series cars will be built in Chengdu. Cars in its planned new 40 series, based on its Compact Modular Architecture (CMA), will be made at a plant under construction in Luqiao, 350km south of Shanghai.

With the introduction of the V90 Cross Country premium estate in September, Volvo completed the launch of a completely new 90 series line-up. These new cars have highlighted the transformational effect of the SPA architecture in terms of design, technology and brand, a feat underlined by the over 120 awards won by the XC90 SUV.

In the coming years Volvo Cars will continue to replace its entire model range. During the course of 2017 it will launch a completely new version of the successful XC60 mid-size SUV based on the SPA architecture, as well as the XC40 small SUV, the first in an all-new range of 40 series cars based on the CMA architecture that underpin its global small car strategy.

Volvo Cars also last year announced one of the auto industry’s most comprehensive electrification strategies in which plug-in hybrids will be introduced across its entire range. It will also introduce its first fully electric car by 2019. By 2025, Volvo aims to have sold a total of up to 1 million electrified cars.

New partnerships forged during 2016 place Volvo Cars at the forefront of the significant change currently underway in the auto industry.

Volvo Cars and Uber agreed to set up and finance a joint development project that will develop and manufacture base vehicles on the SPA architecture, able to incorporate the latest AD technologies up to and including fully autonomous cars.

It also established a joint venture together with Autoliv, named Zenuity, to design and develop AD software and advanced driver assist systems (ADAS) for sales to third party OEMs. Zenuity will create a new entrant in the fast growing global market for autonomous driving software systems and the first time a leading premium car maker has joined forces with a tier one supplier to develop these systems.

Volvo Cars will in 2017 start the world’s most advanced and ambitious autonomous vehicle test in Gothenburg, with real families using AD XC90 cars in everyday life, paving the way for it to be a global leader in autonomous driving technologies. It will start similar tests with real people behind the wheel of its self-driving cars in London and China in the coming years.

As a result of these and other partnerships that are transforming its business model, Volvo Cars is no longer just a car maker, it is now a global premium mobility company.

Keywords:
Sales Volumes, Mission
Descriptions and facts in this press material relate to Volvo Cars' international car range. Described features might be optional. Vehicle specifications may vary from one country to another and may be altered without prior notification.
To view the full copyright information click here
Related Images
Sep 15, 2016 ID: 198296 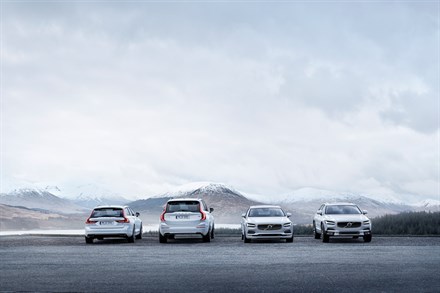 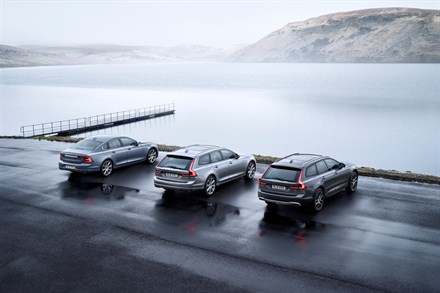 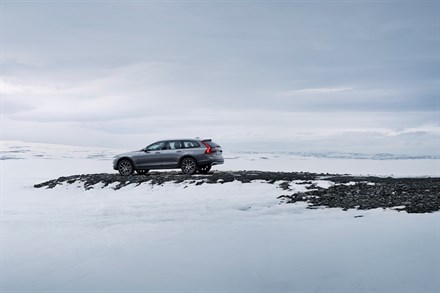