Volvo models on a smaller scale too

When Volvo Cars launches a new car, an identical copy is released on a much smaller miniature-car scale. For the first time ever, a Volvo concept car is now also available as a miniature model.
“With the Volvo S60 Concept and our other model cars, we create increased brand familiarity and reach out in a different way,” says Yvonne Hall Tobiasson, manager of Merchandise and licensing at Volvo Cars.

Volvo model cars of various sizes, models and variants have been around since the 1940s. However, it was only with the launch of the Volvo XC90 in 2002 that the new strategy was established: every time a new car model is launched, an exact copy in two colours will also be released in 1:43 scale.
“We have licence agreements with about 40 external suppliers. We sell the right to use our brand. This gives us income via the royalties we receive. This is part of our strategy for creating profitable new business for the company,” explains Yvonne Hall Tobiasson.

Among the licence-holders are well-known model-car manufacturers such as Hongwell, Welly, Mattel and Majorette. Their head officers are in Hong Kong and their production facilities are located in China.
The Volvo C70 and Volvo C30 are among the best-selling models to date. 24,000 Volvo C30s and 17,000 Volvo C70s have been sold via Volvo’s own channels. The Volvo XC60 which was unveiled in 2008 has already reached sales of 16,000.

The process of creating the model cars is extremely precise and takes place in cooperation with Volvo Cars’ design department.
“The miniature models have to have the same colours, shapes, designs, interiors and fit precision as their larger counterparts,” says Yvonne Hall Tobiasson.

In short, the process can be described as follows: the manager of the Volvo Cars design department supplies the model-car manufacturer with computerised data, original-specification paint samples, drawings and so on to ensure that the model cars can be made as realistic as possible. Using these specifications, the model-car manufacturer produces a prototype that has to meet the approval of Volvo Cars. After that, they start production.

However, it is not possible to make an exact scale model, downsizing from full-scale to miniature. There are several factors that have to be taken into account. The main consideration is the phenomenon that a “real” car and a model car are actually viewed from two entirely different perspectives. Nor is it possible to apply the exterior paint as on the real car – fingertip sensitivity is needed to achieve the right blend for the scaled-down model car.

There are more variants than the model cars created in connection with new-car launches. One new model for summer 2009 is a remote-controlled Volvo XC60 in 1:14 scale. Mattel has made a black Matchbox Volvo C30. The same company also produced a Volvo V70 for Barbie a few years ago. Sweden’s Viking Toys has produced toy versions of the Volvo C30, XC70 and XC90 in tough plastic for young kiddies to play with.

Over the years, some model-car makers have specialised in producing older Volvo models. At present there is a licence agreement for the manufacture of the Volvo 544, P1800, P120/Amazon, 144 and 240 Turbo. However, these are not sold through Volvo’s network but directly via the retail trade sector.

As well as providing support for new-model launches, carrying the brand further and generating profitability for Volvo Cars, these model cars naturally also serve as collector items. There are many model-car collectors the world over. Every year there are several major fairs where collectors meet and buy or trade collector models with each other.

Right now, in fact, Volvo is at an exciting planning stage for forthcoming collector models based on soon-to-be-announced new Volvo models.
“Our preparations are in full swing. Having said that, the forthcoming model cars are still only at the prototype stage,” says Yvonne Hall Tobiasson.

Keywords:
Volvo XC60, XC90 (2002-2014), C70, Special Interests, Historical
Descriptions and facts in this press material relate to Volvo Cars' international car range. Described features might be optional. Vehicle specifications may vary from one country to another and may be altered without prior notification.
To view the full copyright information click here
Related Images
Oct 28, 2008 ID: 16994 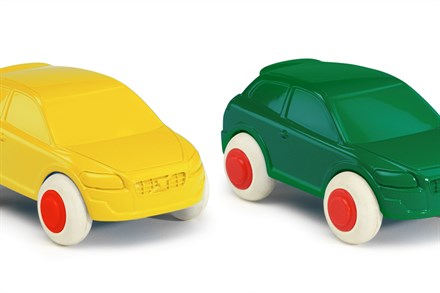 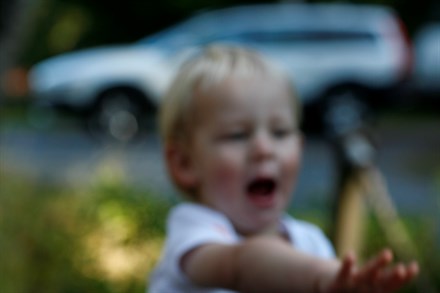