The Volvo S40 1.6D DRIVe featuring the new Start/Stop technology has scooped the top honour and been named Green Car of the Year at the prestigious 2009 What Car? Green Car Awards. The ceremony took place at London City Hall on Monday night and the award was handed over by Boris Johnson, the mayor of London.

This is the yearly award from What Car?, Britain's biggest consumer automotive magazine and car buyer's guide. The Volvo S40 DRIVe beat the BMW 118d and the Renault Megane to the top spot in the Small Family category and then stormed ahead to achieve victory over all the other category winners, including the Audi A8 and MINI Cooper S, to be awarded the overall What Car? Green Car of the Year title.

Steve Fowler, What Car's editor, heaped praise on the car. He said: "Volvo's S40 DRIVe is one seriously appealing eco-friendly car. Its low emissions don't come at the expense of quality, safety or driver enjoyment and its great value, too. It's everything we look for in a Green Car of the Year."

Upon receiving the award, Stuart Kerr, Volvo's Regional President of Europe said: "Volvo has a strong commitment to its environmental activities and we have worked hard to reduce the carbon footprint on all our cars by focusing on health, resource utilisation and the ecological consequences right through from production, use to disposal."

"The recent launch of the DRIVe range enables Volvo to offer mid-sized cars with the same fuel consumption and CO2 emissions as competitor's small cars. For customers, this means that they don't have to compromise on anything when they choose a Volvo. This highly important award is recognition of Volvo's desire to build the most fuel efficient cars possible," he concluded.

Start/Stop in detail
In order to reduce CO2 emissions to 104 g/km, the new S40 DRIVe have been equipped with a Start/Stop function.

When the driver puts the gear lever into neutral and releases the clutch while at a standstill, the engine switches off. The next time the driver presses the clutch, the engine starts up again. Volvo's Start/Stop system also continuously monitors the comfort levels in the cabin and automatically reactivates the air conditioning if, for instance, the temperature increases in the passenger compartment.

This innovative monitoring system has been made possible due to an additional small battery which supports the larger battery by providing extra power. Thanks to this extra battery, Volvo's DRIVe models also feature particularly quick and smooth start-up. The audio system also remains unaffected when the starter motor is activated.

This distinguishes Volvo Car's solution from other systems offered by the competition. The standard larger battery has also been upgraded to handle up to 175,000 Start/Stop cycles. The Start/Stop technology is also available in the Volvo C30 SportsCoupe and V50 Sportswagon DRIVe models.

Keywords:
S40, Environment, Awards
Descriptions and facts in this press material relate to Volvo Cars' international car range. Described features might be optional. Vehicle specifications may vary from one country to another and may be altered without prior notification.
Related Images
May 14, 2009 ID: 19502 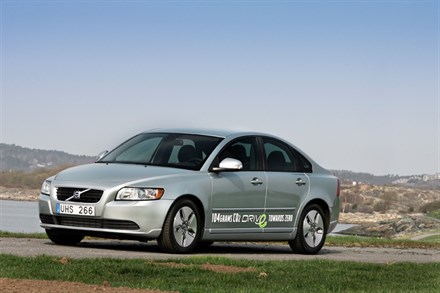 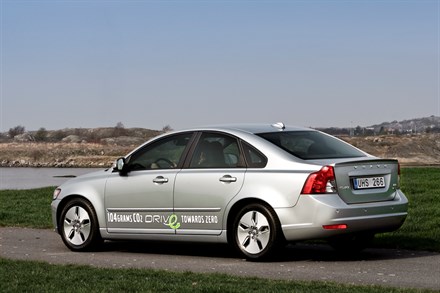 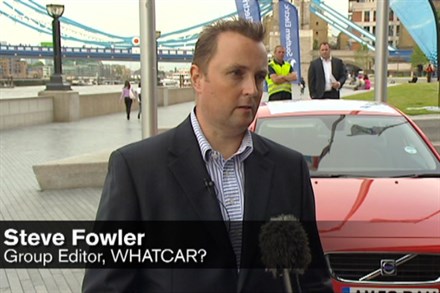