NEW YORK CITY (April 8, 2004) — Earnestine Russell-Drumgold, a New Yorker who for 20 years has run a youth center that has improved the lives of more than 3,000 children in a crime-ridden area in the northeast Bronx, was named “America’s Greatest Hometown Hero” at the second annual Volvo for Life Awards ceremony.

Held in Times Square on April 7, the Volvo for Life Awards ceremony capped off the largest-ever national search for and celebration of everyday heroes, providing $1 million in awards and financial contributions.

More than 3,000 hometown heroes were nominated for the program between September 2003 and February 14. Volvo selected 100 semi-finalists and narrowed the field to the top three finalists in three categories: safety, quality of life and environment. A panel of eight judges –– Hank Aaron, Bill Bradley, Caroline Kennedy, Maya Lin, Paul Newman, Dr. Sally Ride, Eunice Kennedy Shriver and Robert Young (2003 Volvo for life Awards winner) – reviewed the finalists’ nominations and selected a winner in each of the three categories.

Russell-Drumgold, 54, was the winner in the quality of life category, for her work founding and running the Bronx-based Baychester Youth Council.

Twenty years ago, a young man from the Bronx asked Russell-Drumgold why he should work for minimum wage when he could make good money selling drugs. Realizing her community was in crisis, Russell-Drumgold, a mother of four, marched into the principal’s office of the local middle school and convinced the principal to donate space for an after-school program she called the Baychester Youth Council.

The school sent Russell-Drumgold its toughest kids, and she set about to change their lives. She taught the classes without compensation, relying upon the odd gift, subsidized housing and a check from Social Security to pay her bills. What little money she did earn went back to her program, allowing her to purchase art supplies and sports equipment.

Over the past two decades, more than 3,000 children have passed through her program at the Baychester Community Center and two local schools. Russell-Drumgold tells hundreds of success stories about how her students have never had an unplanned pregnancy and how they have completed college, technology courses or apprenticeships. Today, the young boy who inspired Russell-Drumgold is employed as a professional with a Fortune 500 company.

To recognize Russell-Drumgold’s efforts, Volvo presented her with a new Volvo car every three years for the rest of her life and $50,000 to be donated to the Baychester Youth Council.

“We are very lucky to have met so many incredible individuals –– 3,014 nominees, to be exact –– who embody the values of conscience, care and character this program was intended to celebrate,” said Vic Doolan, president and chief executive officer for Volvo Cars of North America. “Earnestine’s efforts to improve the quality of life and the future of children growing up in her neighborhood are truly extraordinary. We appreciate the judges’ mighty task of selecting our top winner, and we congratulate all of our nominees.”

Rosamond Carr, 91, of Gisenyi, Rwanda and Kristen Stryker, 18, of Canton, Ohio. Along with Russell-Drumgold, Carr and Stryker were Volvo for Life Awards’ category winners, in the safety and environment categories, respectively. Carr is a native of New Jersey living in Rwanda who for the past 10 years has overseen an orphanage for more than 100 children whose parents died in the Rwandan genocide. Stryker created a gardening project that teaches inmates in 12 state youth correctional facilities the value of growing food for the hungry. As category winners, Carr and Stryker received $50,000 donations to the charities of their choice.

The 2004 Volvo for Life Awards also featured musical performances by Toots and the Maytals, Joss Stone and Jim Belushi and the Sacred Hearts. For information about the event or to see the stories of more than 100 of the heroes nominated for this year’s awards, visit www.volvoforlifeawards.com.

In the aftermath of the Rwandan genocide, where as many as 800,000 people were slaughtered within three months, Rosamond Carr, a native of New Jersey opened an orphanage to care for children whose parents were massacred. Shortly after the genocide began, Carr, who had been living in Rwanda since 1949, was forced by the American embassy to leave her farm, Mugongo. She returned to America for four months and watched the genocide unfold on television. Determined to help her adopted homeland recover from the tragedy, Carr, who was 82 years old at the time, returned to Rwanda to find Mugongo in ruins. She quickly turned an old building into the Imbabazi Orphanage, which is currently home to 114 children. Due to continued outbreaks of violence, the orphanage moved to a small lake town, Gisenyi, in 1997. Today, a permanent location for the orphanage is being built at Mugongo to ensure the longevity of this safe haven.

At age 15, Kristen Stryker devised a way to tap her love of gardening and desire to do community service to teach inmates of youth correctional facilities a valuable lesson. Stryker developed “Help Others to Help Yourself,” a program that teaches inmates how to grow vegetables for needy people in their communities. Inspired by her brother, who spent years in and out of jail, Stryker spent most of the summer between her junior and senior years of high school visiting youth prisons to encourage cynical inmates to participate in her program. Her idea caught on. In 2002, facilities in Stryker’s program grew and donated more than 2,500 pounds of produce to local food shelves. Stryker’s program was so popular at the local level, that the state of Ohio instituted her program in the state’s 12 youth detention centers. And, President George Bush has encouraged Stryker, now 18, to attempt to get her program instituted in the other 49 states. So far, 23 states have shown interest in her plan. Finally, inmates consider the opportunity to garden and give food to others a privilege. 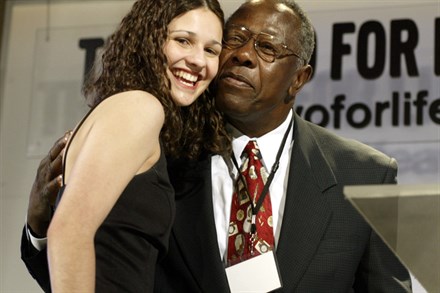