Volvo's YCC (Your Concept Car) - Solutions for Everyone

The Result of a Project Which Just Happened to be Developed, Designed, and Managed, by Women

NEW YORK (April 7, 2004) - It was Marti Barletta’s credo - “If you meet the expectations of women, you’ll exceed the expectations of men” - that started Volvo Car Corporation down the path that led to Your Concept Car (YCC), a stunning concept vehicle loaded with innovative designs and features showcased today at the New York Auto Show.

YCC is a modern car featuring an appealing design with smart storage solutions, easy entry and exit, good visibility, minimum maintenance, easy parking and a car its owners can personalize.

Barletta, a U.S. expert on female consumer patterns, introduced the idea while visiting Volvo for a series of workshops in the autumn of 2001. Her idea propelled the formation of an all-woman team to direct the development of the new concept car that would translate the vision of female designers, engineers and other professionals into a stylish coupe with a particular point of view.

“We’re sure it’s right,” says Camilla Palmertz, one of the two project managers for the YCC. “That’s why that thesis has been our guiding light in developing Your Concept Car.”

YCC, which has been in development for a year, is a sporty mid-size coupe — about the size of the Volvo S60 — with gull-wing doors and excellent driver visibility thanks to a low front, a long rear window and a unique technology that tailors the car to the driver’s size. The exterior design is reminiscent of the Volvo P1800.

Palmertz and several colleagues presented the idea of an all-female project management team to Hans-Olov Olsson, president and chief executive officer of Volvo Car Corporation, in June, 2002. He greeted it with enthusiasm. The project was announced in 2003.

Women form an increasingly important customer group for Volvo Cars. In the U.S., 54 per cent of all Volvo buyers are women. The percentage of female customers in Europe is growing steadily, too.

“This is a fantastic opportunity for us,” Olsson said. “We can concentrate on the fast-growing group of women customers without losing the men, because I’m certain that our male customers will love this concept car.”

All decisions involving YCC were made by a project management team consisting of five women. The five brought to the project a broad spectrum of experience in various automotive fields. The three chief designers are also women.

“We wanted to keep the woman’s perspective all the way through,” Olsson said.

Volvo research has shown female customers in the premium segment want everything men want in terms of performance, prestige and style. But they want more, including smart storage solutions, easy entry and exit, good visibility, minimum maintenance, easy parking and a car they can personalize.

For example, YCC designers determined the best place for keeping all the things you want on hand in the car is between the front seats. But that is where you normally find the gear lever and handbrake.

“So we moved them,” says Cindy Charwick, who designed the YCC interior. “In the YCC, there are gear levers by the steering wheel and the parking brake is electronic and integrated.”

This, notes Charwick, freed up space for storage in the center console, including a shallow compartment for keys, mobile phones, coins and other small items. This compartment slides back to reveal a deeper one, big enough for a handbag. Another one takes a notebook computer, and there is a cool-box within reach of the driver’s seat. A wastepaper basket completes the theme of sheer convenience.

Project manager Palmertz says most of the target group said they carry a bag in the rear seat far more often than passengers. That’s why YCC’s rear seats resemble cinema seats — folded up out of the way. This frees up large amounts of luggage space in the rear seat. Passengers simply lower the seat as they get in.

The YCC designers were happy to oblige. When the gull-wing door opens, the drop-down sill below it opens down out of the way. The automatic ride height is returned to ‘High’, a comfortable height for those getting in.

Volvo Car Corp. is in the process of patenting the YCC’s Ergovision system, which records a driver’s body measurements (height, leg length, arm length) and stores them in a personal key unit. When the key is docked on the center console, the seat, steering wheel, pedals, head restraint and seat belt are all adjusted automatically. The result is a fully personalized driving position with the best line of vision.

YCC allows the driver to choose the ride height - either ‘High’ for a commanding view of the road, or ‘Low’ for a sportier feel.

The YCC’s interior look can also be dramatically altered. There are eight inter-changeable seat pad options, and each has a matching carpet — also easy to swap over - for a whole range of styles inspired by home interior design.

“No need to trade in your car just because you have grown tired of its color scheme,” says Maria Uggla, the color and trim designer for the YCC.

The car is finished in Easy-Clean paint, which behaves like the coating on a non-stick frying pan — hard for dirt to cling and it washes off very easily. The interchangeable seat covers and carpets are also washable.

Parallel parking assistance was a function both males and females requested, resulting in an Autopark feature that automates and streamlines the steering movements involved in parallel parking. A Space Check sensor measures the size of a parking space before you start.

YCC is powered by a low-emission 215-horsepower, five-cylinder Partial Low Emission Vehicle (PZEV) engine with an Integrated Starter-Generator (ISG). This, like other Volvo PZEV engines, complies with the toughest emission standards in U.S. states such as California.

The YCC has a six-speed Geartronic automatic gearbox that can be driven in the fully automatic mode, or by using controls on the steering column to change gears.

Volvo has a long tradition of studying what women want in cars. A women’s reference group was formed at Volvo in the 1980s, calling on female staff members to test and assess new models at a very early stage of their development. During the development of the XC90, the company convened a female focus group in California — all potential buyers of this vehicle type — to help shape the Volvo SUV’s features and functions.

Keywords:
Auto Shows, Events/Activities, Special Interests
Descriptions and facts in this press material relate to Volvo Cars' international car range. Described features might be optional. Vehicle specifications may vary from one country to another and may be altered without prior notification.
To view the full copyright information click here
Related Images
Feb 29, 2004 ID: 1869 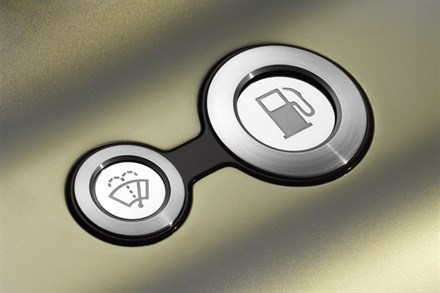 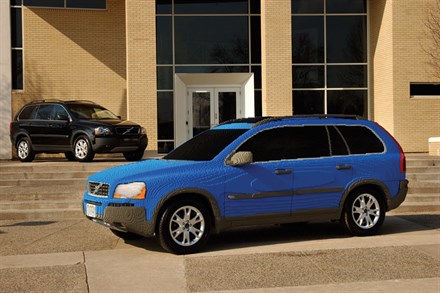 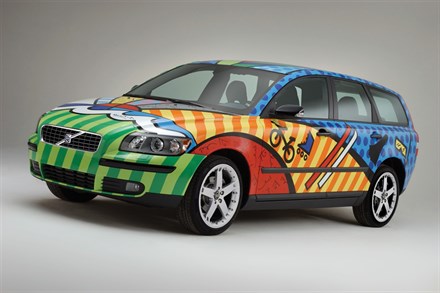