Last year's winners of the Volvo Adventure, Green Sail from Russia, saved an entire park from being turned into a shopping centre in their home town of Nizhny Novgorod. On June 5-10, it is time for this year's finals in the global environmental competition. Will the consequences of the ten finalists' projects be equally dramatic?

Green Sail fought for two years to preserve Dubky Park and its unique ecological system in the city of Nizhny Novgorod, population 1.3 million. The Russian youngsters received 10,000 US dollars as first prize for their eco-awareness - and the money was invested in the ongoing campaign for the park's survival.

About a month after the Green Sail team members returned home to Russia, they received their big reward: the mayor of Nizhny Novgorod announced that construction of the planned shopping centre in the park had been stopped.

This year's participants in the Volvo Adventure may not be able to achieve such spectacular results, but ten very strong eco-projects have now qualified for the 2009 finals which are being held on June 5-10 in Göteborg.

Throughout their stay in Sweden, students in a class at Kullavikskolan outside Göteborg will act as hosts for the teams, which come from every corner of the world.

"All the finalists have really exciting projects. The youngsters' enthusiasm and dedication are mighty impressive," says Kikki Hugestrand, director of the environmental competition at Volvo Cars.

The Volvo Adventure is open to youngsters aged between 13 and 16. The winning team gets 10,000 US dollars, the runner-up gets 6,000 dollars and the third team receives 4,000 dollars.

379 teams from 56 countries took part when this year's competition got under way. Ten of these teams have now reached the finals.

Read more about the environment competition at the Volvo Adventure web site http://www.volvoadventure.org/home.aspx

Keywords:
Environment, Events/Activities, Sponsoring
Descriptions and facts in this press material relate to Volvo Cars' international car range. Described features might be optional. Vehicle specifications may vary from one country to another and may be altered without prior notification.
Related Images
May 13, 2008 ID: 15365 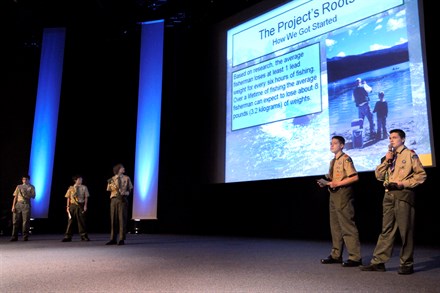 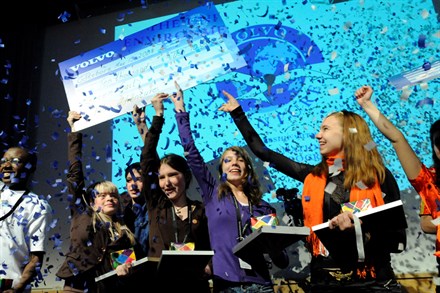