In the aftermath of the Rwandan genocide, where as many as 800,000 people were slaughtered within three months, Rosamond Carr, a native of New Jersey opened an orphanage to care for children whose parents were massacred. Shortly after the genocide began, Carr, who had been living in Rwanda since 1949, was forced by the American embassy to leave her farm, Mugongo. She returned to America for four months and watched the genocide unfold on television. Determined to help her adopted homeland recover from the tragedy, Carr, who was 82 years old at the time, returned to Rwanda to find Mugongo in ruins. She quickly turned an old building into the Imababazi Orphanage, which is currently home to 114 children. Due to continued outbreaks of violence, the orphanage moved to a small lake town, Gisenyi, in 1997. Today, a permanent location for the orphanage is being built at Mugongo to ensure the longevity of this safe haven.

Juan Jimenez, a former gang member, is devoted to ensuring youngsters do not follow in his footsteps by belonging to a gang or abusing drugs. In 1974, he founded a non-profit organization to curb gang violence. In 1989, he suffered a stroke, ending his career as the organization's executive director. Although Jimenez became disabled and has multiple illnesses, he has served the community without any compensation since 1993, conducting workshops for children and their parents and stressing the need for education. Jimenez also serves as a liaison between community residents and the local police, city and county governments. Through all his efforts, Jimenez asks for nothing - except for smiles from the kids he helps.

Laura Moore is the founder of the Dream House for Medically Fragile Children, a not-for-profit organization that sponsors support resources to foster families that care for children with severe disabilities who have been abandoned because their families are incapable or unwilling to care for them. Due to the lack of community facilities and resources, many of these children are destined to live their lives in hospitals, oftentimes going outside only once per year. A former pediatric nurse, Moore has seen many medically fragile children languishing in hospital beds, and in some cases, dying of depression. Inspired to take action, Moore founded her organization to train and recruit foster and adoptive parents to take care of these children so that they can be a part of a family, have friends, and receive supportive care for their growth and development. She also has created the Bridge Coalition, which provides resources, support and training for foster and adoptive families of medically fragile children. Moore, who has two children of her own, fosters one to four medically fragile children at any given time.

Once a popular radio personality who commanded a six-figure salary at a station in Chicago, Veronique Moore is the program director of a homeless shelter that saved her life. In the late 1980s, alcoholism forced Moore from her job, out of her home, and onto the streets, where she drifted from Denver, Chicago, Cincinnati, and other cities for almost 10 years. Moore was beaten, attacked, robbed and served in jail. She also managed to land jobs at a law firm and an upscale dress shop, cashing her paychecks at liquor stores, saving only enough money to buy alcohol and professional clothing. In the late 1990s, Moore learned that her abusive lifestyle would soon be fatal. She went to Kalamazoo to bid farewell to her family and stayed at the Next Door Homeless Shelter. While there, she reached a turning point, as the shelter, her family and friends nursed her to sobriety. Today, in her role as the shelter's program director, Moore has helped hundreds of women turn their lives around and overcome their homelessness.

Ritu Primlani is founder of Thimmakka's Resources for Environmental Education" and creator of the program "Greening Ethnic Restaurants," which teaches ethnic restaurant owners - who rarely speak fluent English and have little environmental knowledge - how to run "green" enterprises. As restaurants consume more energy per square foot than any other industry, gobbling water and producing large amounts of solid waste, Primlani teaches ethnic restaurant owners how to increase their efficiency and save money by conserving water and energy, reducing waste and preventing pollution. Since 1999, Primlani has enlisted 44 restaurants, primarily in the San Francisco area, that have saved enough water to give each resident in Berkeley, Calif. two bathtubs full of water. They have conserved enough energy to run an average American home for 96 years. And, Primlani estimates that participating restaurants have saved a total of $1.5 million on electricity, water bills and garbage fees.

Since 1974, Dr. John Rugge has saved many lives and improved the quality of life of thousands by founding and operating the Hudson Headwaters Health Network, a not-for-profit network of 11 community health centers that provides care to residents, visitors and travelers within 2,400 square miles of the southeastern Adirondacks. More than half of the people treated at the organization's Chestertown, N.Y. facility, where Rugge still practices, are uninsured or under-insured. No one is ever turned away. When Rugge's heroism began, there were virtually no medical facilities in this Adirondacks area, and community efforts could not persuade doctors to set up shop. Fresh out of medical training, Rugge agreed to a temporary six-month assignment to serve the local people. Thirty years later, he is still there, and is now working with the community to build a new medical facility. The network also participates in the medical education of medical students, physician assistants and other healthcare professionals.

Twenty years ago, a young man from the Bronx asked Earnestine Russell why he should work for minimum wage when he could make good money selling drugs. Realizing her community was in crisis, Russell left a job she had struggled to get and convinced the principal of her local middle school to donate space for an after-school program she called the Baychester Youth Council. The school sent Russell its toughest kids, and she set about to change their lives. She taught the classes without compensation, relying upon the odd gift, subsidized housing and a check from Social Security to pay her bills. What little money she did earn went back to her program, allowing her to purchase art supplies and sports equipment. Over the past two decades, more than 3,000 children have passed through her program at the Baychester Community Center and two local schools. Every child that has taken part in Earnestine's program has succeeded in graduating from high school. Today, the young boy who inspired Russell is employed as a professional with a Fortune 500 company.

At age 15, Kristen Stryker devised a way to tap her love of gardening and desire to do community service to teach inmates of youth correctional facilities a valuable lesson. Stryker developed "Help Others to Help Yourself," a program that teaches inmates how to grow vegetables for needy people in their communities. Inspired by her brother, who spent years in and out of jail, Stryker spent most of the summer between her junior and senior years of high school visiting youth prisons to encourage cynical inmates to participate in her program. Her idea caught on. In 2002, facilities in Stryker's program grew and donated more than 2,500 pounds of produce to local food shelves. Stryker's program was so popular at the local level, that the state of Ohio instituted her program in the state's 12 youth detention centers. And, at President George Bush's urging, Stryker, now 18, is attempting to get her program instituted in the other 49 states. So far, 23 states have shown interest in her plan. Finally, inmates consider the opportunity to garden and give food to others a privilege.

Wilma Subra is a chemist who has helped residents of more than 500 rural communities peacefully resolve environmental disputes with large companies - without costly legal intervention. For example, when Subra discovered that residents of Diamond, La., an African-American community situated along the fence line of a chemical company, were plagued by respiratory ailments and high rates of cancer, she took action. She volunteered to teach the people of Diamond about what dangerous emissions were doing to their bodies, and what they could do to preserve their health. Subra taught community members how to do their own research and prepared them to make presentations to the chemical company. Meanwhile, Subra alerted the chemical company to the situation and encouraged them to negotiate in order to avoid a costly lawsuit. Before long, Subra had helped the residents negotiate a relocation plan. The company paid 300 households above-market prices for their homes and also paid all relocation and moving costs to a location of each family's choice. Today, the area is a much-needed buffer zone between the facility and the townspeople. 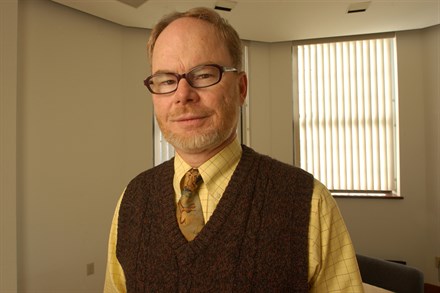