Rockleigh, NJ (April 2, 2009)- Volvo Cars of North America, LLC (VCNA) announced today it will reduce pricing on its 2009 XC90 models by approximately 8 percent. Buyers will save up to $3,250 on V8 models and $3,245 on the 3.2-liter six-cylinder models. The reduced pricing is being strategically launched in an effort to boost sales while more closely aligning customer transaction prices with listed MSRP. Additionally, with the release of the new XC60 five-passenger premium crossover, the XC90 will be offered only as a seven-passenger vehicle. The pricing reduction will take effect April 1, 2009.

"The decision to re-price the XC90 was taken to provide a strong value message to our customers," said Doug Speck, President and CEO of VCNA. "The XC90 has been one of the most successful vehicles for Volvo, and this action will help to continue that success." The new MSRP for the XC90 3.2 seven-seat variant will provide a significant price advantage against the competition including the Acura MDX, Audi Q7 and Mercedes ML.

The entire line of 2009 Volvo XC90s represents a tremendous value in the premium SUV segment. With Volvo's recent introduction of the exciting new XC60 premium crossover, the XC90 will be offered solely as a 7-passenger SUV.

*Prices do not include destination of $850

First shown as the Adventure Concept Car (ACC) at the 2001 North American International Auto Show, the XC90 introduced a new design language for the Swedish manufacturer's upcoming SUV. The production XC90 made its debut the following year with sales beginning in 2003. Just two years later, for the 2005 model year, the 4.4-liter, 311-horsepower V8 was introduced. A facelift was introduced in 2006 and 2009 saw the introduction of the exciting R-Design variants of the XC90 3.2 and XC90 V8.

The award-winning XC90 was launched in 2002 to world-wide critical acclaim. Motor Trend magazine named the XC90 its 2003 SUV of the year. It was also awarded the coveted North American Truck of the Year for 2003. The Volvo XC90 was the first SUV to come standard with Roll Stability Control, a revolutionary stability control system that helps prevent the vehicle from rolling over. Automotive Engineering International called the XC90 the Best Engineered Vehicle for 2003.

VCNA, part of Volvo Car Corporation of Gothenburg, Sweden, provides marketing, sales, parts, service, technology and training support to Volvo automobile retailers in the United States, and oversees Volvo operations in Canada. Volvo has been building cars with safety in mind for more than 80 years.

Keywords:
XC90 (2002-2014), Sales Volumes, Special Interests, Mission, 2009
Descriptions and facts in this press material relate to Volvo Cars' international car range. Described features might be optional. Vehicle specifications may vary from one country to another and may be altered without prior notification.
Related Images
Oct 07, 2008 ID: 17648 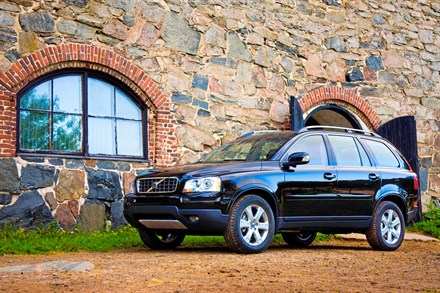 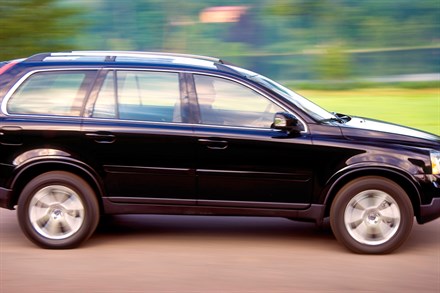