IRVINE, CA (February 27, 2004) --- It's all cylinders go. And then some. Volvo Cars of North America, LLC (VCNA) turns to pop culture when it unleashes its advertising campaign for the all-new Volvo S40 at the beginning of March. Get ready to see a new and wild side of Volvo Cars through a campaign designed to appear to a target that loves cars and loves music. It's a campaign that is totally wired in a credible, yet unexpected manner.

With the launch of the all-new Volvo S40 VCNA is targeting a new, more youthful and diverse customer group than ever before. That's why a new style, a new voice, and a whole new attitude will be used in the advertising campaign. The creative and visual identity of the advertisements are inspired from entertainment genres like music videos and video games that are popular with the target audience. Volvo Cars is producing a commercial featuring the music of hip-hop band Dilated Peoples and creative guidance of music-video director Dave Meyers. Voiceover is done by well known rap artist LL Cool J. Additionally, a second commercial has been done with visual assets from the RalliSport Challenge 2 video game, available only on Xbox.

"It's not enough to just reach people with a campaign," says Thomas Andersson, VCNA Executive Vice President, Marketing. "We want to go beyond that and touch and move people as well. "The campaign is surprising, refreshing and cool, yet reassuringly Volvo at the same time. The tone we are using is youthful and confident, but not arrogant. With this campaign we will show that Volvo can be sexy and fun."

The marketing campaign is multi-faceted, covering television, movie theaters, magazines, billboards, the Internet, direct mail, partnerships with Virgin Megastores and Bloomingdale's, and even video games. The television aspect of the campaign will focus on national cable stations such as Comedy Central, E!, ESPN, The Learning Channel and VH1. It will also include TV ads in Volvo's top 20 markets on prime time shows such as CSI, Friends, Alias, Third Watch, ED and Will & Grace. In May, at the start of summer, ads will also be seen in movie theaters across the nation.

Magazines are an important part of the print launch strategy. Ads will appear in publications that are essential to young and diverse audiences, with genres that reflect lifestyles, entertainment, pop culture, sports and technology. Those magazines include, among others, Details, Entertainment Weekly, In Style, Marie Claire, Vanity Fair and Wired.

The Volvo web presence started in September of last year and the online media campaign began in January with a "Four Friends, For Life" promotion where people can sign up to win an all-new Volvo S40 and trip for themselves and three friends to their fantasy destination. The online advertising media placements are the first of their kind in the automotive industry, with advertising designed to reach the all-new Volvo S40 target consumer, not just on automotive sites, but also where they are spending time online - on travel sites, social sites, such as Friendster and Match.com, and other special interest sites, like Daily Candy, Time Out and Atom Films. A DVD mailer to 500,000 potential customers supplements the online campaign. The interactive DVD features product highlights, an exclusive "behind the scenes" video of the filming of the all-new Volvo S40 music video, and previews of other all-new Volvo S40 launch activities.

VCNA has also started a relationship with Virgin Megastores and are offering day and nighttime drive sessions, coupled with live performances by the hot new recording artist Gavin DeGraw - an industry first. One lucky participant will win a trip with their friends to the EuroRock concert on Virgin Atlantic, backstage passes and an all-new Volvo S40.

The new marketing campaign is integrated into the overall launch plan for the all-new Volvo S40. The main idea behind the vehicle is VIVA - Volvo's Intelligent Vehicle Architecture. VIVA is a new approach that delivers class-leading safety, vibrant design and style, with an exhilarating driving experience. VIVA is also a Spanish term that means enliven, vivacious and celebratory. V!VA Volvo is a theme that has inspired all aspects of the marketing campaign.

"With V!VA Volvo in mind, we have developed a comprehensive approach to prepare to serve these new customers," comments Thomas Andersson. "Everything from the first plans for manufacturing of the all-new Volvo S40, to advertising and marketing, to retailer training, aims toward one thing - to make sure that our customers are well taken care of. That's the Volvo way. This time we just do it a bit differently, with a big dose of enjoyment and fun added."

Keywords:
S40, Lifestyle, Safety, Events/Activities, Special Interests, 2004
Descriptions and facts in this press material relate to Volvo Cars' international car range. Described features might be optional. Vehicle specifications may vary from one country to another and may be altered without prior notification.
Related Images
Feb 27, 2004 ID: 1858 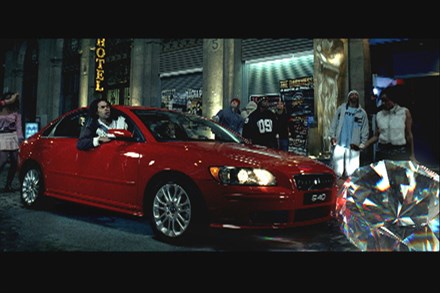 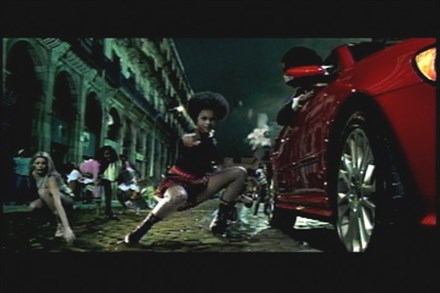 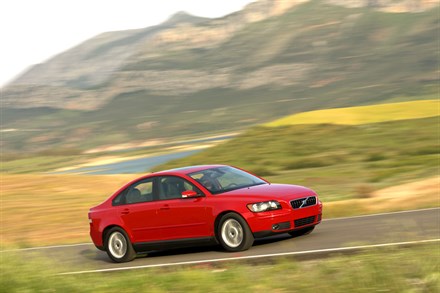