Irvine, CA --- Following a record-breaking sales year in 2003, Volvo Cars of North America will take the battle for supremacy in the premium car market into a totally new 'arena' for 2004 - the racetracks of the USA.

The company's first foray into racing in the US will be spearheaded by a retailer-backed four car Volvo team in the 2004 SPEED World Challenge GT Series run by At Speed Motorsports and featuring Le Mans racing legend, Derek Bell, as lead driver.

The racing Volvo S60 Rs will be enhanced versions of the recently launched and highly acclaimed Volvo high performance sedan. Changes to the stock S60 R models will be announced closer to the start of the World Challenge season and will boost the already potent 300 BHP speedster's abilities by a significant amount.

Bell will be joined for the 2004 season by At Speed Motorsports' owner and 2001 World Challenge GT Rookie of the Year, Bob Miller. Journeyman racer Paul Gerrard will make up the rest of the Volvo trio, with Miller serving in the dual capacity of team strategic director and racer. A fourth driver will be announced later.

The decision to underscore the performance heritage of the Volvo "R" series came as the natural result of established reactions to the car from automotive journalists and owner enthusiasts. "European Car magazine selected the S60 R as its top-choice for 2003 and with every media road test we heard praise for its all-around performance and style," says Vic Doolan, President and CEO of Volvo Cars of North America. "It was inevitable that we would seek out a place to flex Volvo's newest high-performance muscles and the SPEED World Challenge GT Series along with At Speed seemed an appropriate combination."

"We also want everyone to see us coming, especially since Bell will be in the command seat," added Doolan. "This meant combining the talents of Volvo's Camarillo, CA design center and At Speed Motorsports to come up with a paint scheme that no one could miss!" As a result, the Volvo race cars will initially be liveried in dramatic 'mirror effect' blue and silver design, highlighted in red. The retro pop-art design is reminiscent of the race cars of the seventies and eighties when Derek Bell won five 24-Hour races at Le Mans and racked-up an impressive series of sports car and endurance race wins. Bell began his career in 1964 and also raced in Formula One in 1968 when signed by Ferrari. He is by all standards a racer's racer and icon for the sport.

Bell will drive the full season for At Speed, and return to the duties he had as an in-car announcer for Speed Channel before missing the 2003 season. "I am ecstatic to be part of Volvo's first motorsport involvement in the United States and it will be good to be back in the GT Series. Between driving, announcing, and helping to develop the new race car, this should be an exciting year for me. I enjoyed racing against Bob in the past, and I'm looking forward to working with Volvo and to driving with Bob and Paul in 2004."

Keywords:
R, Events/Activities, Special Interests, 2004
Descriptions and facts in this press material relate to Volvo Cars' international car range. Described features might be optional. Vehicle specifications may vary from one country to another and may be altered without prior notification.
Related Images
Jan 14, 2004 ID: 1817 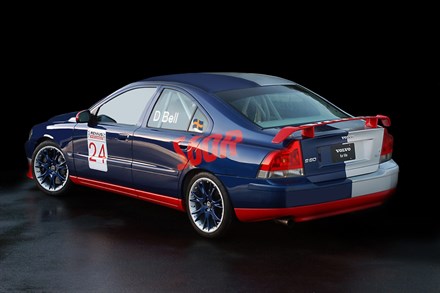 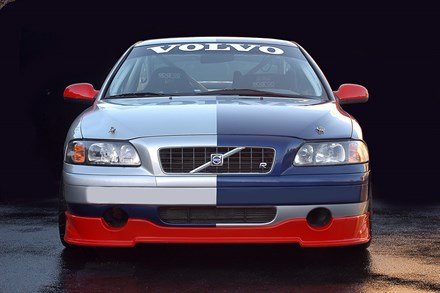 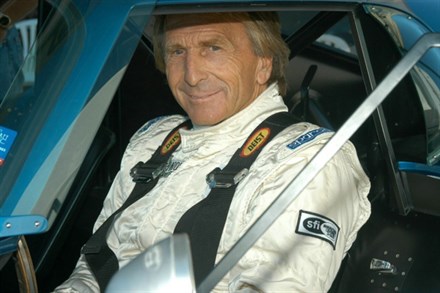