CHICAGO, IL (February 11, 2016) -- The new Volvo S90 luxury sedan made its Chicago debut today at the Chicago Auto Show, while the XC90 SUV presented with three awards. Volvo’s complete lineup of premium cars will be on display at McCormick Place February 12-21.

The S90 has been widely praised since its reveal to the world’s press in December for its stunning exterior and sumptuous interior. Its proud yet non-aggressive face, characterised by a concave grille, itself a homage to the Volvo P1800, is home to Volvo’s new Iron Mark. The T-shaped Thor’s Hammer lights deliver a powerful sense of direction that makes the S90 unmistakable on the road.

Inside this low, wide sedan, Volvo has taken cues from the success of its XC90 model and raised the bar with some stunning details on the new dashboard and instrument panel, including new air blades that stand vertically on each side of the Sensus user interface.

“We created our new flagship sedan, the Volvo S90, as a real game changer. It is classy and cool. The exterior is exceptionally well surfaced with a fantastic stance and the sort of clean lines that are singularly appropriate of a Scandinavian design. The interior masters the art of blending innovative technology and natural materials into an elegant, welcoming and tasteful ambience, Swedishness at its best,” said Thomas Ingenlath, Senior Vice President, Design at Volvo Car Group.

The launch of the new S90 forms the second chapter in the complete renewal of Volvo’s product range, which began in 2015 with the new XC90 SUV.

These additions bring to 26 the number of awards the XC90 has received this model year in the U.S., including Motor Trend’s 2016 SUV of the Year and the 2016 North American Truck of the year. Globally, the XC90 has won more than 70 awards since being launched in July 2015.

“Volvo means ‘I roll’ in Latin, and we are really rolling,” Kerssemakers said. “These awards come from experts we hold in the highest regard for their knowledge and uinderstanding of what makes a good car, which is what makes each of them so valuable.”

Designed and engineered from the ground up, the XC90 is the first vehicle built on the Swedish car company’s new Scalable Product Architecture (SPA), which will underpin many new products over the coming years, including the S90, which is scheduled to go on sale later this summer. A supercharged and turbocharged two-liter engine with 316-horsepower delivers an EPA-rated 25mpg on the highway.

The XC90 is equipped with Intellisafe, a suite of standard safety features and technologies that make it an IIHS Top Pick+. Sensus, Volvo’s unique infotainment system, is controlled through a 9.3-inch tablet-like touch screen that allows drivers an incredible amount of personalization. Apple CarPlay is available now and Android Auto is coming soon.

Keywords:
XC90, 2016, S90, Product News
Descriptions and facts in this press material relate to Volvo Cars' international car range. Described features might be optional. Vehicle specifications may vary from one country to another and may be altered without prior notification.
To view the full copyright information click here
Media Contacts
Related Images
Dec 02, 2015 ID: 170078 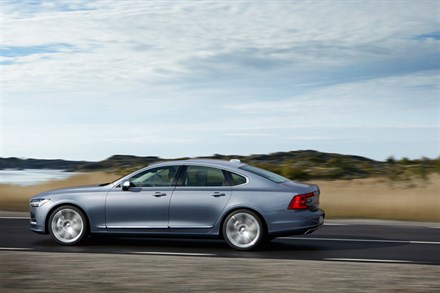 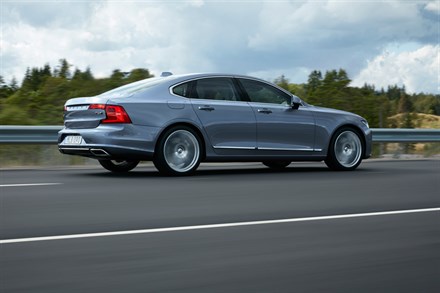 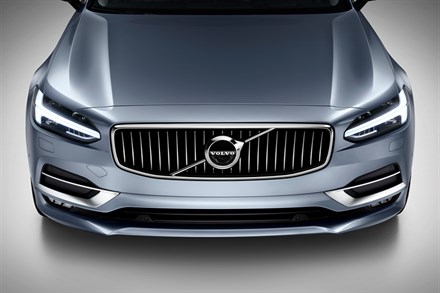 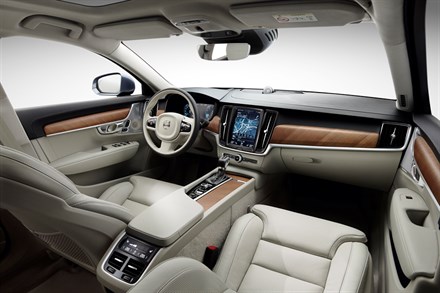