Guests explored Volvo’s rich past and bright future by visiting a series of Volvo branded shops created in the facades on Paramount’s City Streets back lot.

In the Volvo Cars Art Gallery, for example, was a collection of Julius Shulman-inspired photos starring Volvos past and present taken recently by Ann Street Studios at iconic locations around Los Angeles, where the very first Volvo was imported in 1955. Shulman was an American architectural photographer whose work spread California mid-century modern around the world.

“Volvo has had a special place in many Americans’ hearts for generations,” said Lex Kerssemakers, President and CEO, Volvo Cars of North America. “Maybe they grew up riding in a Volvo, or were saved by one, or perhaps they learned to drive in one. Whatever the case, we are celebrating those experiences and now our version of luxury for generations to come.”

Volvo Cars is benefitting from a recent investment of $11B that is being used to develop an entirely new lineup of luxury vehicles. The company has experienced nine months of consecutive year-over-year growth and is aiming to increase sales to 800,000 cars globally in the medium term.

-       1955 PV444 - The first Volvo to roll on American roads made its entry in 1955. In September of that same year a stunning maroon coupe with whitewall tires was unveiled to the public in the Swedish pavilion at the California State Fair & Exposition in Sacramento. Many more would follow, including this one.

-       1957 Volvo Sport (P1900) – This sporty, chic convertible paved the way for the more popular and now very collectible P1800. Volvo Founder Assar Gabrielsson commissioned the California-based company Glasspar to make prototypes of the Sport’s fiberglass body. Only 67 units were made with just 20 sold in the U.S.

-       1967 P1800S - In 1961 Volvo introduced this new sports car and made an indelible mark on the auto world. With Italian-influenced styling and a peppy 100 horsepower engine, the U.S. quickly became the car’s biggest market. No prior Volvo created a greater impression, and perhaps none has since. The P1800 got an extra boost because of its role in the sixties’ TV series "The Saint" starring Roger Moore, who played hero Simon Templar. The exact car he drove in the series was on display.

Keywords:
Product News
Descriptions and facts in this press material relate to Volvo Cars' international car range. Described features might be optional. Vehicle specifications may vary from one country to another and may be altered without prior notification.
To view the full copyright information click here
Media Contacts
Related Images
Oct 26, 2015 ID: 168811 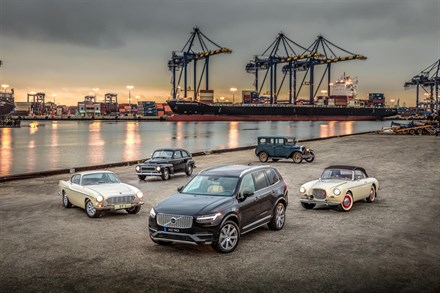 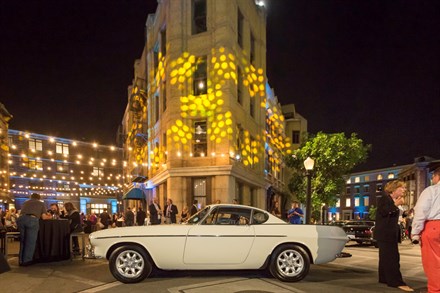