Volvo Cars’ design team have completely re-imagined how children could travel safely in cars in the future. The move follows the Shanghai reveal of the XC90 Excellence and the Lounge Console Concept, which marked a bold and luxurious step forward for the Swedish car brand.

Keywords:
Product News
Descriptions and facts in this press material relate to Volvo Cars' international car range. Described features might be optional. Vehicle specifications may vary from one country to another and may be altered without prior notification.
To view the full copyright information click here
Related Images
Jul 02, 2015 ID: 165528 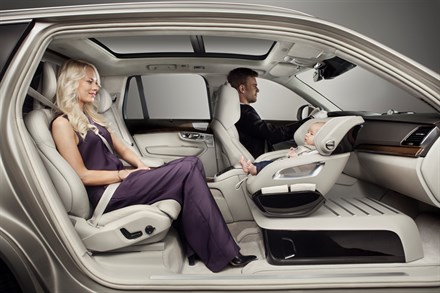 Children should travel rearward facing until they are three-four years
May 11, 2007 ID: 11479
More Press Releases