With uncompromising performance and flexibility, drivers can choose to operate the T8 in a variety of modes, including:

Because of the XC90 T8’s plug-in hybrid battery technology, consumers may be eligible for a federal tax credit up to an estimated $4,600 in addition to other local and state incentives. T8 customers should consult a tax professional to determine eligibility.

The XC90 has already received tremendous praise by customers and industry leaders. After winning this year’s prestigious Red Dot “Best of the Best” Product Design Award, preorders approached 24,000 cars globally; this is approximately half of the first year’s expected volume.

Keywords:
XC90
Descriptions and facts in this press material relate to Volvo Cars' international car range. Described features might be optional. Vehicle specifications may vary from one country to another and may be altered without prior notification.
To view the full copyright information click here
Related Images
Feb 12, 2015 ID: 157820 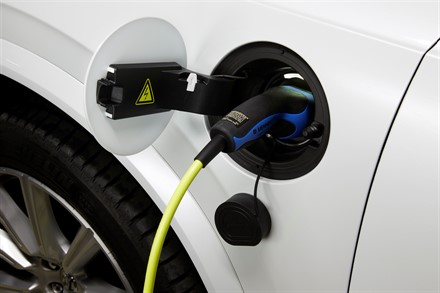