Seat Belts: One Simple Invention is the Most Important Safety Feature in Cars Today - VOLVO Supports National 'Click It or Ticket' Campaign

Seat Belts: One Simple Invention is the Most Important Safety Feature in Cars Today - VOLVO Supports National 'Click It or Ticket' Campaign

Irvine, CA (May 23, 2008) - "There's a little bit of 'Volvo' in every vehicle on the American road," says Doug Speck, president and CEO, Volvo Cars of North America. Such a bold assertion is based on Nils Bohlin's development of the three-point safety belt. No single safety devise has saved more lives than the 3-point safety belt.  So, as the heavy-driving Memorial Day holiday weekend approaches and the national "Click it or Ticket" campaign to increase seat belt awareness continues it's appropriate to take a look at the origins of this life-saving devise.

In the 1950s Bohlin, a passionate inventor brought his background with aviation concepts for pilots and his concern for human safety to the Swedish automaker that shared his interests. During this time the lap belt - a safety belt anchored at two points, for use across the occupant's thighs/hips - was the technology of the day. These crude implements managed to hold vehicle occupants in place, but were plagued by a variety of health issues resulting from the forces against the body during a crash. Lap belts were mostly used by race car drivers at that time, and were only available to average automotive consumer as an option, and a not very popular one at that. In fact, given the chose between lap belts and white wall tires...white walls won.

The ideas of Nils Bohlin came to the attention of Gunnar Engellau, then president of Volvo Car Corporation in Sweden. Gunnar, who lost a relative in a car crash, brought Bohlin into Volvo and supported the continuation of his work. Applying the concepts of pilot restraint in the cockpit of a plane, Bohlin engineered a system combating "decelerative" forces, such as the effect of abrupt stops characteristic in a car crash.

In 1958 Nils Bohlin, Volvo design engineer, patented the "Basics of Proper Restraint Systems for Car Occupants," better known as a three-point safety belt. A year later, Bohlin's lap-and-shoulder belt was introduced by Volvo as standard equipment on all of its cars, in Sweden. Today, the 3-Point Safety Belt - not the first but the modern seatbelt - is now a standard safety device in all cars and trucks.

The 3-Point Safety belt was unique in that it encompassed both a lap and a shoulder portion with three attachment points (one shoulder, two hips). Volvo's design allowed for the single belt to 'slip' through the center attaching point thereby increasing comfort and making adjusting a simple task.

In 1959, Volvo introduced the 3-point safety belt into the United States, a year after a British study strongly advocated belt wearing, revealing that a "first survey" of their effectiveness in the United Kingdom showed they would reduce the likelihood of death and serious injury by 60 percent.

Fast-forward almost 20 years when gradually states began to make the use of safety belts mandatory within their borders. Pioneered by laws in New York and Texas in 1985, safety belts are now a requirement in all states. The documented results are that tens, if not hundreds, of thousands of lives have been saved. In fact, according to United States National Highway Traffic Safety Administration (NHTSA) safety belts have saved over 200,000 lives.

"Statistics clearly indicate that safety belts save lives," said Speck.  "As we approach the Memorial Day weekend, one of the busiest driving periods of the year, initiatives like 'Click It or Ticket' bring awareness that we must do everything that we can to encourage people to wear them."

Nationally, nearly one in five Americans (18% nationally) still fail to regularly wear their seatbelts when driving or riding in a motor vehicle.   For Volvo, Safety is a core value and the protection of occupants is of utmost importance.

Rear seat equally important: A 60 pound child, in a 30 mph impact can weight up to 2,700 pounds, like having an elephant in the back seat.

Keywords:
Safety
Descriptions and facts in this press material relate to Volvo Cars' international car range. Described features might be optional. Vehicle specifications may vary from one country to another and may be altered without prior notification.
Related Images
May 21, 2008 ID: 15459 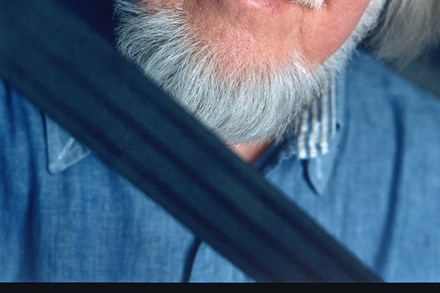 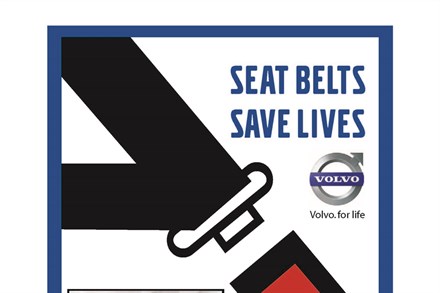