In the inaugural year of the Volvo for Life Awards, individuals nationwide submitted 2,036 nominations at www.volvoforlifeawards.com.

Representing all ages, states, backgrounds and race, each nominee is an inspiring and compelling person who in his or her unique way dramatically improved a person's life or brought change to a community.

In March, Volvo Cars of North America selected 10 finalists, who each received $10,000.

Volvo made a $50,000 contribution to a charity of each winner's choice and is flying them to New York City on April 16, 2003 to be honored in Times Square at the first-ever Volvo for Life Awards Ceremony. At the ceremony, Volvo and the program judges will present the winners and announce the program's top winner, who will receive a Volvo car for the rest of his or her life.

Biographies of the three winners and additional seven finalists:

Stack has helped hundreds of women and children leave abusive relationships or deal with the aftermath of abuse by taking families into her own home or helping them relocate to different states, or in some cases, different countries. She also visits crime scenes, including homicides, to aid families.

Among her many volunteer accomplishments, Stack co-founded the "Save-A-Life Campaign," dedicated to service, education and training for various individuals throughout the Miami community and the nation. Its programs include EmergNET, a cell-phone donation program that arms people in abusive relationships, the elderly and disabled individuals with phones that automatically dial 911, as well as Student Advocates for Victim Empowerment (SAVE), which teaches high school students about teen violence and date rape.

Stack is the author and presenter of 10 training programs including, "Don't Die For Love, From Victim to Victory" and "Domestic Violence in the Workplace." Additionally, Stack serves as the executive director of Rebuilding Together of Greater Miami, whose mission is to renovate homes of the elderly and disabled.

According to Sarah Lenett, a victim services analyst with the Miami Dade County Government, and the woman who nominated Stack for the Volvo for Life Awards, "Pam is one of the most courageous people I know. She has defeated her own fears to assist others to overcome theirs."

Years ago, as a refugee from Laos with no formal education, Xiong discovered that many Hmong women in Wausau wanted desperately to help support their families by working outside their homes. However, their limited English-speaking skills and the unspoken rules of patriarchal Hmong relationships kept them from working.

Xiong quickly learned English so she could be an interpreter for Hmong women who sought jobs and could not take the time to learn English. She also got her GED and a childcare license so she could open a daycare for children of Hmong women who were working or taking English classes.

Today, Xiong has helped more than 30 Hmong women obtain and retain jobs, calling her American friends and the human resource departments at local factories and offering to be a interpreter for free. Xiong has worked side-by-side with many of the women and their supervisors, ensuring that the employees are the best that they can be.

Xiong also has encouraged Hmong women to start their own in-home daycare businesses to strike a balance between staying at home to care for their families and earning money. As president of the Wausau Hmong Child

A childcare provider for five families, Xiong regularly goes the extra mile, helping her daycare children with their homework, picking some of them up from school, and working with their teachers to help them do well in school. And, Xiong gets up each day at 6:30 a.m. and goes to another family's home to get the children ready for school while their mother works at a cheese factory.

Xiong's ability to cross cultures led her to join Wausau's YWCA cultural garden. She works with another YWCA leader to plant a traditional Hmong garden next to an American garden, growing Hmong medicine, herbs and vegetables near corn, wheat and zucchini. Through this experience, Xiong bridges a cultural gap by sharing her knowledge of Hmong herbal medicines and cooking techniques with Wausau-area women.

"Bao believes it is her responsibility as a human to share her time and talents. She does not get paid, yet commits her life to helping the neediest of needy in her community," says Sherri Waid, who nominated Xiong for the Volvo for Life Awards. Waid is executive director of The Foundation of the Wausau School District. "Bao will never win a medal for what she does; the only people that know she has done anything are the ones she helps. They speak to her knowing she will find them the right answers. They turn to her because she has stood up for them and stood by them. Bao leads her life in a way we should all aspire to. Bao is my hero."

Willing to assist any Hmong person in need, Xiong is now helping teenagers in Wausau find jobs. She aspires to create educational programs that teach Hmong and American residents in Wausau about each other's cultures.

The article motivated him to participate in the New Mexico-based "Adopt a Grandparent Program," which linked people like Young with impoverished Native American elders in need of company and necessities, such as food, firewood and blankets. Young, who was a successful clothing manufacturer in Seattle, adopted Katherine Red Feather, a 78-year-old Lakota elder living on the Pine Ridge Reservation in South Dakota. Young and Red Feather's relationship blossomed, and Young felt compelled to visit her.

What Young found upon his arrival shocked and devastated him. Living in one of the most poverty-stricken communities in the country, Red Feather lived in a structure without electricity, plumbing or insulation. Young also saw up to 20 people living in small trailers without insulation in an area where wintertime temperatures dip below 50 degrees. That winter, three native elders froze to death in their homes on the Pine Ridge Reservation.

After much research, Young discovered that independent organizations dedicated to native housing development didn't exist. He sold his shares of his clothing business and created Red Feather Development Group, in honor of his adopted grandmother, to help solve the dire housing crisis facing 300,000 of the 2,000,000 Native Americans living on reservations.

Today, at age 41, as executive director of Red Feather Development Group, Young has led numerous groups of volunteers who visit reservations and teach residents how to build their own homes out of an environmentally sustainable and abundant resource: straw bales.

Young has formed a partnership with the University of Washington and Penn State University, and together they have designed a community-friendly model that is three times more energy efficient than a typical home. With Young's help, families are saving enough in heating costs alone per month to pay the majority of the mortgage on a new home.

"Robert Young has given new hope to the 300,000 Native Americans living in severe poverty in the United States," said Paul Tobin, a fund raising consultant who nominated Young for the Volvo for Life Awards. "Rob has inspired thousands of people worldwide, including major celebrities, who have helped to bring a tragic, rarely told and often misunderstood story to mainstream society. If not for Rob's unwavering courage and steadfast commitment, many Native elders, children and their families would have little hope for a better future."

Keywords:
Events/Activities, Special Interests
Descriptions and facts in this press material relate to Volvo Cars' international car range. Described features might be optional. Vehicle specifications may vary from one country to another and may be altered without prior notification.
Related Images
Sep 18, 2003 ID: 1449 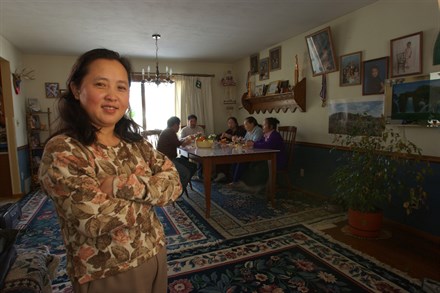 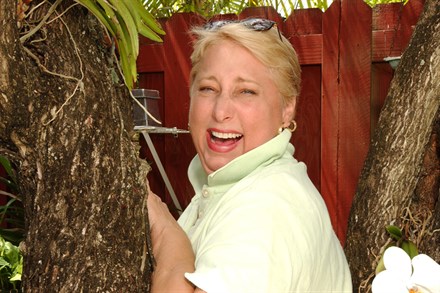