In its inaugural year, the Volvo for Life Awards is the largest-ever national search and celebration of everyday heroes, with Volvo Cars of North America providing more than $1 million in awards and contributions.

The initiative culminates with the April 16, 2003, Volvo for Life Awards Ceremony, held in New York at Times Square Studios, Ltd.

The Volvo for Life Awards program was developed by Volvo Cars of North America to honor and celebrate ordinary people doing extraordinary things for their communities in the areas of safety, quality of life and the environment.

Nominations for the 2003 Volvo for Life Awards were accepted through Feb. 28, 2003. In March, Volvo selected 50 semi-finalists, who each received a Certificate of Merit honoring their accomplishments. From those 50, Volvo selected 10 finalists, who each received $10,000. From those 10, a distinguished panel of eight judges selected the program's three winners, who are being honored at the Volvo for Life Awards Ceremony. Each winner will have $50,000 donated to the charity of his or her choice. The top winner, to be unveiled at the ceremony, will receive a Volvo car for the rest of his or her life.

The program's 10 finalists are:

From the 10 finalists, the distinguished panel of judges selected the program's three winners:

Music by the Wallflowers, Los Lobos and Heather Headley.

Keywords:
Events/Activities, Special Interests
Descriptions and facts in this press material relate to Volvo Cars' international car range. Described features might be optional. Vehicle specifications may vary from one country to another and may be altered without prior notification.
Related Images
Sep 18, 2003 ID: 1207 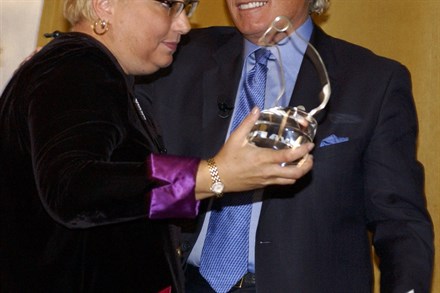