Boosting the Fun Factor for the Family Adventure Vehicle

Irvine, Calif. (March 19, 2008) - Hot on the heels of introducing the all-new third-generation XC70 for 2008, Volvo accelerates the appeal of its segment-defining crossover by revealing the turbocharged XC70 T6 for 2009. The XC70 T6 will become the performance flagship of the model range when it goes on sale in the fall of 2008.

The biggest change is under the hood where the XC70 T6 receives a 3.0-liter turbocharged six-cylinder engine that puts out 281 horsepower and 295 lb.-ft. of torque. Maximum torque is on tap from just 1,500 rpm and remains available all the way up the rev range, resulting in remarkably quick acceleration and smooth drivability. Compared to the normally aspirated 3.2-liter six in the XC70, the T6 generates 60 more horsepower and 59 more lb.-ft. of torque.

A somewhat smaller cylinder displacement of the T6, owing to slightly narrower cylinder bore and shorter stroke is compensated by a single turbocharger with twin-scroll technology. This takes in exhaust gases in two stages with inflow divided into lots of three cylinders each. Thus the T6 permits the use of a more compact and simplified turbo that provides extremely swift response with the lowest possible fuel consumption and exhaust emissions.

Mated to the engine is a six-speed "Geartronic" automatic transmission that enables the driver to shift manually when desired. Every XC70 model comes standard with All-Wheel Drive with Instant TractionTM to ensure the best possible road grip in all situations. Electronic Hill Descent Control (HDC) uses the vehicle's brakes and engine torque to crawl in bottom gear on steep downhill slopes.

Introduced on the 2008 XC70, a height-adjustable integrated booster cushion is available that teams with an extended inflatable curtain. This combination provides the industry's best passenger safety system for precious cargo (your children) in the rear seat. A strong side structure uses high-tensile steel of different grades to optimize side-impact protection.

Pricing for the 2009 Volvo XC70 T6 will be released closer to its introduction date.

Keywords:
Auto Shows, 2009, XC70 (2008-2016)
Descriptions and facts in this press material relate to Volvo Cars' international car range. Described features might be optional. Vehicle specifications may vary from one country to another and may be altered without prior notification.
Related Images
Sep 04, 2007 ID: 12283 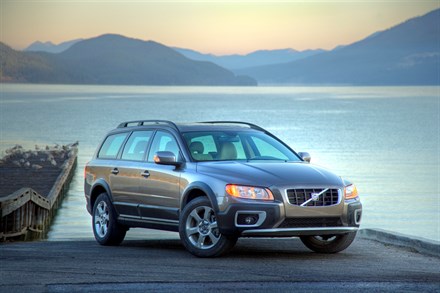 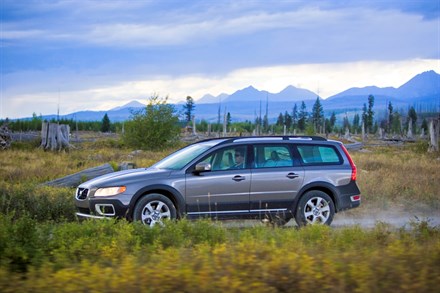