Each Volvo for life Hero Will Receive $100,000 in Support of Their Causes

Since 2002, Volvo has contributed nearly $5 million in funding and awards to help real-life heroes continue extraordinary work in their communities

IRVINE, Calif. (Feb. 19, 2008) ­­-- Volvo today announced the top three winning heroes in the 6th Annual Volvo for life Awards: Marilyn Adams from Iowa for Safety, Oregon's Lorraine Kerwood for environmental care and Minnesota's Matthew Sanford for the Quality of Life category.  Each of these heroic individuals displayed courage, innovation and unyielding commitment to their causes and they have touched the lives of thousands of people throughout the United States.

After a tragic farm accident involving her son, Adams founded Farm Safety 4 Just Kids and set out on a mission to promote safe farm environments across the country. Sanford, paralyzed from the chest down, is a nationally recognized yoga teacher, author and founder of Mind Body Solutions, a nonprofit organization dedicated to revolutionizing the rehabilitation process. Kerwood created an electronics recycling and distribution center, NextStep Recycling, which brings refurbished computers to disadvantaged communities and benefits the environment by reducing electronic waste. Now, they will be honored with our country's most prestigious hero awards.

Adams, Kerwood and Sanford each will receive a $100,000 contribution from Volvo to the charity of their choice and will be recognized at the Volvo for life Awards Ceremony at New York City's world famous Cipriani's 42nd Street on March 19. During the ceremony one overall Grand Award winner will be named "America's Greatest Hometown Hero" and will be presented with a new Volvo every three years for the rest of his or her life.

"In our sixth year of the Volvo for life Awards, we once again are in awe of the accomplishments of every one of the heroes that were nominated by the American public. The top 40 semifinalists, the 12 finalists and of course these three amazing people-Marilyn, Lorraine and Matthew-have taken it upon themselves to change and improve our communities," said Anne Bélec, president and chief executive officer for Volvo Cars of North America. "Speaking on behalf of everyone at Volvo, I want to commend and thank all of them. It is our honor to pay tribute to the great and lasting work they are doing."

The Volvo for life Awards, launched in 2002, is the largest-ever national search for and celebration of everyday heroes in the categories of Safety, Quality of Life and Environment. Volvo Cars of North America provides $1 million in awards and contributions in honor of heroes. Since the inception of the program, Volvo has contributed more than $5 million to help hometown heroes continue their extraordinary work in their communities.

Twenty years ago, Marilyn Adams, 57, faced every mother's greatest fear. Her 11- year-old son, Keith, suffocated in a gravity flow wagon while helping with the first full day of harvest on the family's farm in Iowa. Determined to find a constructive outlet for her grief, she was inspired to create a nonprofit organization working to educate children about farm safety and health. Today, thousands of volunteers across the United States and Canada work to keep rural kids safe and healthy. In 1987, Adams founded Farm Safety 4 Just Kids and set out on a mission to promote safe farm environments and eliminate farm-related child health hazards, injuries and fatalities. A report by the National Safety Council found that children between the ages of 5 and 14 were 66 percent more likely to be injured in a farm accident than adults aged 45 to 64. Farm Safety 4 Just Kids' contribution to the farm safety movement has helped to reduce the number of agriculture-related fatalities among children in the United States.  Farm families now have additional programs and educational materials highlighting the dangers that children can encounter on farms, and information about how to avoid them. Farm Safety 4 Just Kids now has 137 chapters throughout North America. Through her visits to rural schools, media appearances, testimony before government agencies and in Congress, Adams has spread her farm safety message across the country.

According to the Environmental Protection Agency, the United States generated 2.6 million tons of electronic waste in 2005, only 12.6 percent of which was recycled. Lorraine Kerwood, 47, has set out to improve this statistic. Her computer recycling and distribution center, NextStep Recycling, brings refurbished computers to disadvantaged communities and benefits the environment by reducing electronic waste. While attending the University of Oregon, Kerwood taught herself how to rebuild computers, which she then gave to people who couldn't afford them. With her new skill set, and her passion for helping the disadvantaged, Kerwood established NextStep Recycling. The organization has recycled more than 800 tons of electronic waste and placed 11,000 computers in disadvantaged communities in the United States and abroad. More than 500 computers have been shipped to rural Guatemalan schools, orphanages and non-governmental organizations. This has drawn the attention of corporate, government and academic institutions. Tulane University studied NextStep's computer labs built in partnership with rural Mayan communities. They determined that the labs improved the lives of more than 5,000 Guatemalan children.

At age 13, Matthew Sanford was involved in a car crash that took the lives of his father and sister, and left him paralyzed from the chest down. Advice from his doctors to "forget his lower body," however, was what really crippled Sanford, leading him to ignore his once-athletic body, until he discovered yoga at age 25 and the power of the mind-body connection. Now a nationally recognized yoga teacher, author and renowned expert in mind-body integration who has inspired and enhanced the lives of thousands. In 2001, Sanford, 42, founded Mind Body Solutions, a nonprofit organization dedicated to the simple and practical notion that minds and bodies work better together, offering programs in the workplace, in corporations, at the yoga studio and in the community at large. Sanford teaches yoga to people of all abilities at the Courage Center in Minneapolis and at fitness studios throughout the country, but he is a pioneer in adapting yoga for people living with disabilities. Sanford also shares his philosophy on the fundamental importance of the mind-body relationship for everyone through his personal memoir Waking: A Memoir of Trauma and Transcendence, and a busy schedule of speaking engagements to a broad base of audiences nationwide. He is currently using his personal experience to help transform the delivery of healthcare, including an initiative for veterans.

In addition to the three category winners, Volvo also named 10-year-old Zach Bonner, of Valrico, Fla., the winner of the Alexandra Scott Butterfly Award. The award was created by Volvo Cars of North America to honor young heroes who do the extraordinary in the areas of Safety, Quality of Life and Environment in the name of Alexandra Scott, a Volvo for life Awards winner from Wynnewood, Pa., who passed away at age eight from cancer. She raised more than $1 million for pediatric cancer research through lemonade sales and other fundraising activities. Parents Jay and Elizabeth Scott continue promoting Alex's cause and raising money for pediatric cancer research through their foundation, Alex's Lemonade Stand Foundation.

Bonner, who will receive a $25,000 charitable donation, founded the Little Red Wagon Foundation, Inc., an organization that collects and donates backpacks filled with food and school items to disadvantaged children nationwide. In late 2007, Bonner completed a marathon walk from Tampa to Tallahassee, Fla. covering - 280 miles over 23 days, raising money and awareness for homeless children along the way.

Keywords:
Special Interests, Awards
Descriptions and facts in this press material relate to Volvo Cars' international car range. Described features might be optional. Vehicle specifications may vary from one country to another and may be altered without prior notification.
Related Images
Mar 06, 2008 ID: 14795 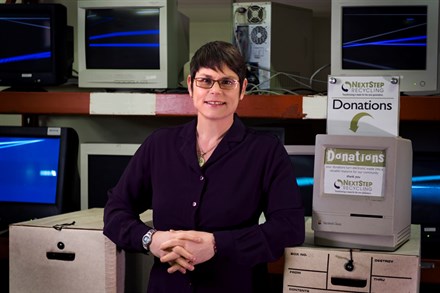 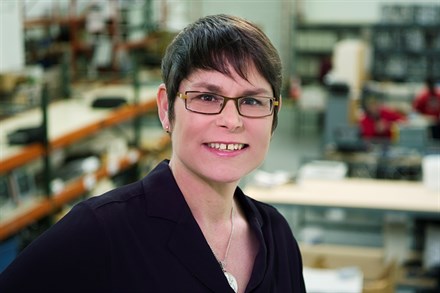