Bonner Will Receive $25,000 for the Charity of His Choice

Since 2002, Volvo has contributed nearly $5 million in funding and awards to help real-life heroes continue extraordinary work in their communities.

IRVINE, Calif. (Feb. 19, 2008) ­­-- He's just 10-years old but Zach Bonner has achieved a lifetime's worth of accomplishments on behalf of children who are homeless. He's raised awareness, dollars and the spirits of thousands of kids, and now he is being recognized nationally for his efforts.

Volvo today announced that Bonner, from Valrico, Fla., has been named the winner of the Alexandra Scott Butterfly Award and will receive a $25,000 contribution to the charity of his choice.

This award was created in 2004 by Volvo Cars of North America to honor young heroes who do the extraordinary in the areas of Safety, Quality of Life and Environment in the name of Alexandra Scott, a Volvo for life Awards winner from Wynnewood, Pa., who passed away at age eight from cancer. She raised more than $1 million for pediatric cancer research through lemonade sales and other fundraising activities. Parents Jay and Liz Scott, Butterfly Award judges, continue promoting Alex's cause and raising money for pediatric cancer research through their foundation, Alex's Lemonade Stand Foundation. They will also receive a $25,000 contribution for their foundation.

"I am thrilled and so thankful to get the Volvo for life Award," Bonner said. "I am honored that others think I'm making a difference in kids' lives.  I will use the donation from Volvo to continue to make backpacks and books available to homeless kids."

Bonner collected an incredible 27 truckloads of sundry items for Katrina's homeless shortly after the storm devastated the Gulf coast. A year later, he collected $600 in donations for Red Cross post-Katrina efforts and then secured an additional $7,000 worth of new toys and sporting equipment for homeless children living in Red Cross shelters. This year, Bonner will hold his second holiday party for some 700 Katrina children still living in FEMA trailer parks, for which he has already collected more than 500 hams and gift bags. Bonner also recently founded the Little Red Wagon Foundation, Inc., an organization that collects and donates backpacks filled with food, school items and other supplies to disadvantaged children nationwide. When Congress made November National Homeless Youth Awareness Month, Bonner created an event to raise awareness about homeless children: a marathon walk from Tampa, Fla. to Tallahassee, Fla. covering 250 miles over 23 days. Through the walk, Bonner and his team raised money and awareness for the nation's estimated 1.3 million homeless children.

Bonner will receive his award at the Volvo for life Awards Ceremony at New York City's world famous Cipriani's 42nd Street on March 19. He will be honored alongside three other Volvo for life heroes who are:

Matthew  Sanford, 42, was involved in a car crash that took the lives of his father and sister, and left him paralyzed from the chest down. Now, he is a nationally recognized yoga teacher, author and renowned expert in mind-body integration who has inspired and enhanced the lives of thousands. In 2001, Sanford founded Mind Body Solutions, a nonprofit organization dedicated to the simple and practical notion that minds and bodies work better together, offering programs in the workplace, in corporations, at the yoga studio and in the community at large.

In 1987, Marilyn Adams, 57, founded Farm Safety 4 Just Kids and set out on a mission to promote safe farm environments and eliminate farm-related child health hazards, injuries and fatalities. Farm Safety 4 Just Kids now has 137 chapters throughout North America. Through her visits to rural schools, media appearances, testimony before government agencies and in Congress, Adams has spread her farm safety message across the country.

Lorraine Kerwood, 47, established NextStep Recycling. The organization has recycled more than 800 tons of electronic waste and placed 11,000 computers in disadvantaged communities in the United States and abroad. More than 500 computers have been shipped to rural Guatemalan schools, orphanages and non-governmental organizations.

The Volvo for life Awards, launched in 2002, is the largest-ever national search for and celebration of everyday heroes in the categories of Safety, Quality of Life and Environment. Volvo Cars of North America provides $1 million in awards and contributions in honor of heroes. Since the inception of the program, Volvo has contributed more than $5 million to help hometown heroes continue their extraordinary work in their communities.

Keywords:
Special Interests, Awards
Descriptions and facts in this press material relate to Volvo Cars' international car range. Described features might be optional. Vehicle specifications may vary from one country to another and may be altered without prior notification.
Related Images
Mar 06, 2008 ID: 14789 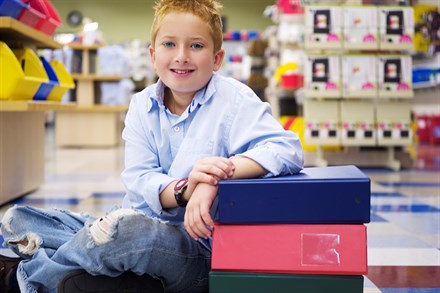 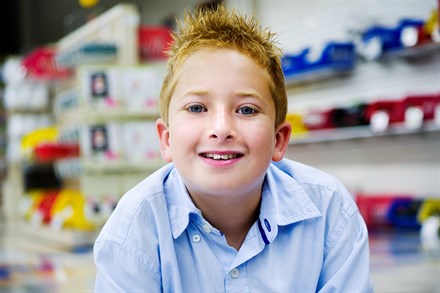