With a spate of concept vehicles, Volvo Cars has been overturning many automotive traditions in recent years. With its Performance Concept Cars, PCC and PCC2, the company showed that the customer who desires a family car need not compromise on performance and sports-car dynamics.

The Adventure Concept Car (ACC) demonstrated that an SUV does not have to be aggressive towards smaller cars, and that it can have the reassuring and predictable driving properties of a passenger car.

The Safety Concept Car (SCC) showed that a car featuring some of the most cutting-edge safety equipment ever seen could in fact be neatly packaged and small in size.

And now with the Versatility Concept Car it is time to show that a large, luxurious V-Range car from Volvo can have a clearly marked pro-environmental profile. The exceptionally low fuel consumption, at just 1.7-gallons/62.1 miles in a car topping 2,866 pounds, is achieved through a range of new technologies. And while these technologies are not yet ready for production, Volvo Car Corporation is currently evaluating them within a 10-year availability timeframe.

The torque-loss problem that arises at the moment of shifting in an automated manual gearbox has been solved in the VCC's concept engine with Electric Drive (ED). The ED unit, which is powered by a separate 42-volt battery, also provides extra propulsion at low revs, before the turbocharger has reached the necessary boost, thus eliminating the problem of turbo-lag.

Electric Drive also gives the battery a free charge of energy. When the driver lifts off the accelerator to reduce speed, the car's forward motion powers the ED unit that in turn recharges the 42-volt battery. This energy can be used, for instance, to drive the Versatility Concept Car for short distances on electric power alone, for example at very low speeds when crawling forward in congested traffic. The ED unit can be installed either on the driven axle or directly on the rear wheels.

In the Versatility Concept Car, the above technologies are combined with the use of lightweight materials, mainly aluminum and carbon fiber. The result is a ten percent reduction in weight compared with a similarly sized Volvo S80.

Keywords:
VCC, Technology, Events/Activities, Concepts
Descriptions and facts in this press material relate to Volvo Cars' international car range. Described features might be optional. Vehicle specifications may vary from one country to another and may be altered without prior notification.
Related Images
Sep 18, 2003 ID: 1327 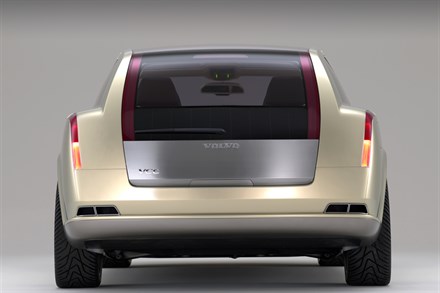 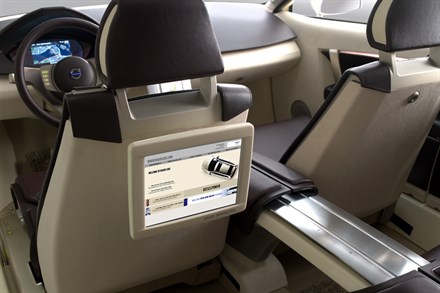 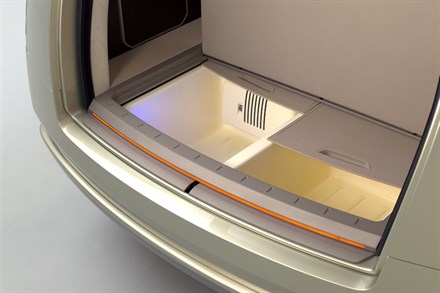