- the safest and most sensual Volvo ever

February 20, 2008 (Irvine, CA) - Volvo has released the first photos of one of this year's most anticipated new car launches - the all-new 2009 Volvo XC60. "This is not only the safest Volvo ever - it's also the most stunning," says Volvo Cars President and CEO Fredrik Arp. The new XC60 makes its world premier at the Geneva Motor Show on March 4. The first cars will reach dealers in Europe in fall 2008 with the U.S. launch following shortly thereafter; the first quarter of 2009.

Volvos' new XC60 crossover steps boldly into what is the motoring world's toughest and fastest-growing segment - the "Small Premium Utility." It blends a dynamic mix of two styles. Down below, the unmistakeable, immensely capable XC pumps its muscles. Up top, the daring lines create the elegant, sporty charisma of a coupe.

"This car is charged with more emotive form and more energy than any other Volvo," says Volvo Cars Design Director Steve Mattin. "We're elevating our design DNA to an entirely new level by literally turning up the visual volume. If you say that you'd recognise a Volvo from 300 feet away today, I dare say the XC60 radiates a clear Volvo presence from at least twice that distance."

A variety of intelligent safety systems are another important part of the XC60's special character. The big news is City Safety - a unique system that can help the driver avoid or reduce the effects of the type of low-speed impacts that are common in city traffic. If the car is about to drive into the vehicle in front and the driver does not react, the car automatically applies the brakes.

"Volvo is the first in the world to offer this type of feature as standard," says Arp. "City Safety clearly signals that the new XC60 is the safest car Volvo has ever produced. The car is packed with our accumulated safety know-how and technology, both when it comes to preventing accidents and protecting all the occupants in a collision."

The XC60 targets a group of customers who impose high demands on design, brand integrity and high-tech content in its choice of lifestyle products. "One might say that this could be the C30 owner's next car," says Arp. "It's as sporty and exciting, but more capable. With the XC60, we're widening our model range to attract even more customers with an active urban lifestyle."

The new XC60 will be launched in the US with a single engine: the powerful turbocharged T6, which produces 281 horsepower. All Wheel Drive (AWD) with Instant Traction is fitted as standard.

The Volvo XC60 will be built at the Volvo Cars factory in Ghent, Belgium. Sales will start in Europe during the fall of 2008, while sales in North America are targeted to begin in early 2009.

Keywords:
Volvo XC60, 2009, Product News
Descriptions and facts in this press material relate to Volvo Cars' international car range. Described features might be optional. Vehicle specifications may vary from one country to another and may be altered without prior notification.
To view the full copyright information click here
Related Images
Feb 20, 2008 ID: 14366 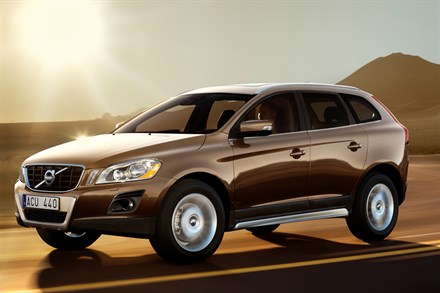 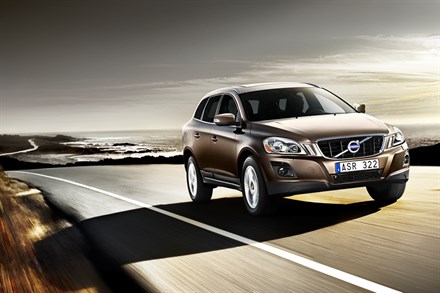