Irvine, CA (December 18, 2007) - The Volvo C30 has been named an AUTOMOBILE Magazine All-Star - the first Volvo ever to win this prestigious award. Each year, the editors and bureau chiefs of the magazine convene to test, evaluate and debate the performance, significance and pure enthusiast appeal of the cars that have made the biggest impact. The All-Stars winners for 2008 will appear in the January issue.

After a 1,000-mile road trip, winners are determined by a round-table discussion that results in a vote. Vehicles considered for the All-Star award combine the following traits: redefines an existing category or creates a new market segment, provides excellent value and performance for the money, exhibits an exceptional design and offers pure driving enjoyment. The awards are not made through an instrumented test process.

"The smoothly chic, Scandinavian cool, four-seat hatch," is how Jean Jennings, Editor-in-Chief of AUTOMOBILE Magazine described the C30. "The Volvo is whisper-quiet, perfectly composed and has a six-speed manual that you could teach your grandma to row flawlessly in fifteen minutes. It is madly, Scandinavianly mod inside to go with its fresh exterior. And any one of us would love to own it - the one perfect criterion for All-Stardom."

Anne Bélec, President and CEO of Volvo Cars of North America, accepted the All-Stars award from Jennings at the 2007 Los Angeles Auto Show. "We are thrilled and honored that the C30 has been named an AUTOMOBILE Magazine All-Star," said Bélec. "The C30's youthfulness, dynamic design and emotional appeal has brought universal acclaim to the smallest and most expressive car in Volvo's model range."

Volvo Cars of North America, LLC (VCNA), based in Irvine, Calif., is a subsidiary of the Volvo Car Corporation of Goteborg, Sweden. VCNA provides marketing, sales, parts, service, technology and training support to Volvo automobile retailers in the United States, and overseas Volvo operations in Canada, Mexico and Puerto Rico. Volvo has been building cars with safety in mind for 80 years. For more information: http://www.volvocars-pr.com/

Keywords:
C30, Special Interests, Awards, 2008
Descriptions and facts in this press material relate to Volvo Cars' international car range. Described features might be optional. Vehicle specifications may vary from one country to another and may be altered without prior notification.
Related Images
Dec 18, 2007 ID: 13795 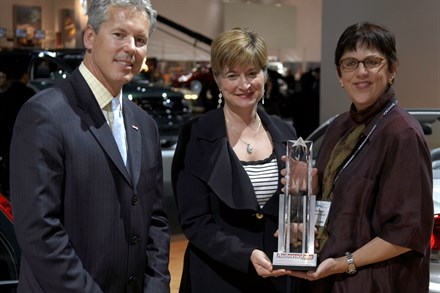 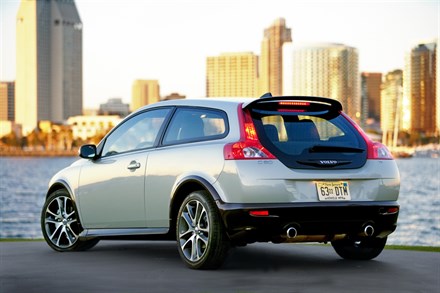