Like all current Volvo's with AWD this system operates completely automatically, independent of the driver. The advantage of the new system is the speed and sophistication with which it operates. All-Wheel-Drive is standard on S80's with the 2.5T engine.

In normal driving situations, the S80 AWD primarily powers the front wheels. It is only when the system detects that the front wheels have lost traction and have begun to spin that it delivers power to the rear wheels.

The system is electronically controlled through a module mounted on the rear differential. The module controls the electric pump and an oil control valve. The differential module communicates with the engine control module (ECM) and brake control module via a network to determine when the front (driven) wheels begin to lose traction and to anticipate different driving situations. The system is so finely tuned it can react to as little as a quarter turn difference between the input shaft and the output shaft of the differential.

A valve between the pump and the wet clutch pack is controlled by the module, and opens when the module detects a loss of traction. The amount of wheelspin (and resultant difference in rotational speed between front and rear wheels) determines how far the valve opens and the amount of oil pressure applied to the wet clutch by the pump, and dictates how much power is transferred to the rear wheels. Up to 65 percent of the engine's power may be distributed to the rear wheels.

When all four wheels are rotating at the same speed, the mechanical pump at the differential does not pressurize the system and there is no power transfer.

By measuring front-wheel spin, throttle position and other data, the system can determine how quickly to distribute power, and how much power to distribute. When accelerating on a difficult surface such as gravel, for example, the rear wheels can be engaged quickly with maximum power transfer. During low-speed cornering or parking maneuvers the system knows that the difference in speed between the wheels does not require the rear wheels to be engaged. As a result, the inertia other systems experience in similar circumstances is avoided.

Because it is part of the car's Multiplex computer system, the AWD control system can communicate with other systems (such as the DSTC - Dynamic Stability and Traction Control - traction control system) in the car to optimize traction in almost any driving situation.

The extremely fast speed of engagement and disengagement, and the variable power transfer to suit the driving conditions, is a factor in the safety and security the system provides in the S80 AWD.

"The speed of the system gives what was already a well-balanced car exceptionally good road handling. After all, the owner of a sedan does not use all-wheel-drive for off-road accessibility but for optimal road-holding and stability," says Hans Folkesson, Senior Vice-President of Research & Development at Volvo Car Corporation.

Smooth, seamless power for the S80 AWD comes from the proven 2.5-litre, 5-cylinder aluminum engine with variable valve timing and light-pressure turbocharger. Output is 208 hp at 5,000 rpm and maximum torque is 236 lb./ft. at a low 1,500 rpm. The engine is certified to meet ULEV II emissions standards.

Keywords:
S80 (2007), 2004
Descriptions and facts in this press material relate to Volvo Cars' international car range. Described features might be optional. Vehicle specifications may vary from one country to another and may be altered without prior notification.
Related Images
Sep 18, 2003 ID: 1301 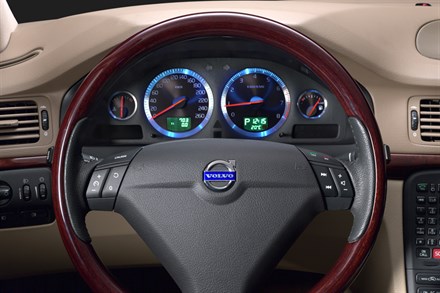 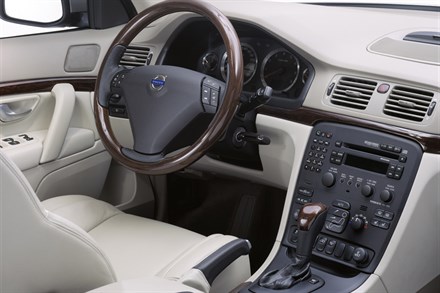