IRVINE, Calif. (Feb. 11, 2003)--Volvo Cars of North America today announced a panel of eight distinguished individuals who will serve as judges for the first-ever Volvo for Life Awards, a public-service initiative that seeks out and honors local heroes in communities nationwide with more than $1 million in awards and contributions.

Through Feb. 28, 2003, Volvo is inviting individuals nationwide to log onto www.volvoforlifeawards.com to nominate local heroes who are doing extraordinary things in the areas of safety, quality of life or concern for the environment. In March, Volvo will select 50 semi-finalists. From those 50, 10 finalists will be selected and will receive $10,000 each.

Aaron, Bradley, Goodall, Kennedy, Lin, Newman, Ride and Shriver will then select three winners from the 10 finalists. Volvo will donate $50,000 to the charity of each winner's choice and will fly them to New York City for the April 16 Volvo for Life Awards ceremony in Times Square. A top winner, selected by the eight judges, will be announced at the event and will receive a Volvo for the rest of his or her life.

"Volvo is honored to have this incredible group of individuals select the winners of our first-ever Volvo for Life Awards," said Vic Doolan, president and chief executive officer of Volvo Cars of North America. "Our judges have on their own given vast amounts of energy to public service and have made this world a better place with their unique talents. They demonstrate on a global scale the conscience, care and character of the heroes we expect to find and celebrate on a local level."

To date, more than 1,100 hero nominations have been submitted for the Volvo for Life Awards, and the program's Web site has generated more than 4.2 million hits. The nominees represent all ages, races and regions in the U.S., and include individuals such as: a high school student in Arkansas who has developed a Web site to honor her best friend, who suffers a coma; a California woman who has created a breast cancer awareness program for fellow African-American women; and a senior man in Florida who volunteers his time to create Braille building blocks for blind children.

Hank Aaron, who as one of the first African-Americans admitted into Major League Baseball hit an all-time leading 755 home runs; Aaron founded "Chasing the Dream Foundation," which provides cash awards to help children pursue their talents.

Dr. Jane Goodall, a primatologist and humanitarian who founded the Jane Goodall Institute for Wildlife Research, Education and Conservation; Goodall also is a United Nations Messenger of Peace traveling the world to advocate for global peace and environmental preservation.

Paul Newman, the quintessential actor and star of such celebrated films as "Cool Hand Luke" and "Road to Perdition;" Newman has donated $125 million in after tax profits from his "Newman's Own" line of sauces and dressings to thousands of charities.

Dr. Sally Ride, the first American woman in space and a pioneer in the field of astrophysics; among Ride's heartfelt crusades: encouraging women to study science and math.

Eunice Kennedy Shriver, an activist for individuals with mental retardation and creator of the Special Olympics; Shriver also established the Community of Caring program, designed to prevent teen pregnancy.

To recognize the judges' participation in the Volvo for Life Awards program, Volvo will donate $50,000 to the charity of each judge's choice.

To nominate a hero you know, visit www.volvoforlifeawards.com.

Keywords:
Events/Activities, Special Interests
Descriptions and facts in this press material relate to Volvo Cars' international car range. Described features might be optional. Vehicle specifications may vary from one country to another and may be altered without prior notification.
Related Releases 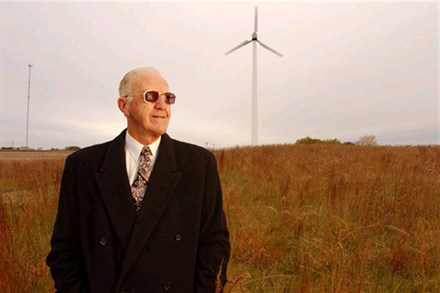