With more than 15,000 orders worldwide, Volvo Car Corporation (VCC) increased production capacity 10 percent of its all-new SUV, the XC90, to 60,000 units to meet increasing demand from customers. "We had high expectations, but we did not dare hope for quite such an overwhelming reception," commented Hans-Olov Olsson, President of Volvo Car Corporation, "We had more than 15,000 confirmed orders even before the first XC90 was delivered to a customer late last year." VCC has plans to boost production again in late summer to 65,000 units if demand continues to rise.

As Volvo's largest market, North America is expected to receive about 65 percent of the vehicles, which accounts for 39,000 units. Preorders of the XC90 in the United States topped 10,000 requests by the end of 2002, and Volvo Cars of North America (VCNA) reported strong December sales of the XC90 at 3,260 units. Volvo sales across the model line in North America for December were up 4.8 percent. "This increase in production will make it easier for us to meet the incredible customer demand we've had for the XC90," said Vic Doolan, President and CEO of VCNA.

Consumer interest has been fueled by the numerous awards the XC90 has achieved since its debut at the 2002 North American International Auto Show last January. To date, the number has grown to 11 prestigious accolades by various media outlets and automotive press associations, including being named Motor Trend 2003 Sport/Utility of the Year. Other awards in the United States and Canada include: North American Truck of the Year; 2003 SUV of the Year, AutoSpies.com; Best New Large SUV, Kiplinger's Personal Finance; Traffic Safety Achievement Award, World Traffic Symposium; SUV of the Year/Mudfest Champion, North West Automobile Press Association; Truck of Texas™, Texas Auto Writers Association; SUV of the Year, Guide de L'Auto; Best New Sport Utility Vehicle over $45,000 (Canadian Dollars), Automobile Journalists Association of Canada, Urban Truck of the Year; African Americans on Wheels, and most recently the Best Engineered Vehicle of 2003; Society of Automotive Engineers (SAE).

Keywords:
XC90 (2002-2014), Safety, Facilities, Sales Volumes, 2003
Descriptions and facts in this press material relate to Volvo Cars' international car range. Described features might be optional. Vehicle specifications may vary from one country to another and may be altered without prior notification.
Related Images
Sep 18, 2003 ID: 1254 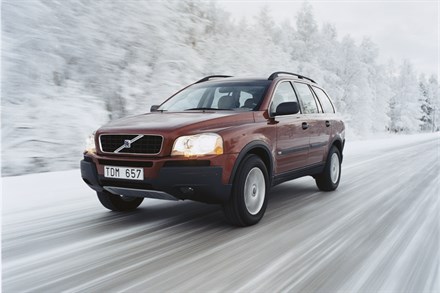 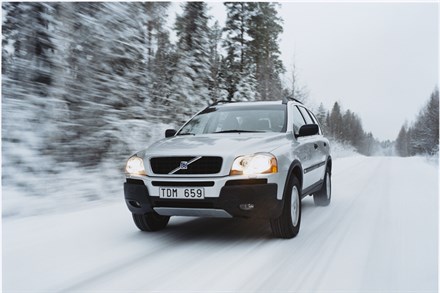 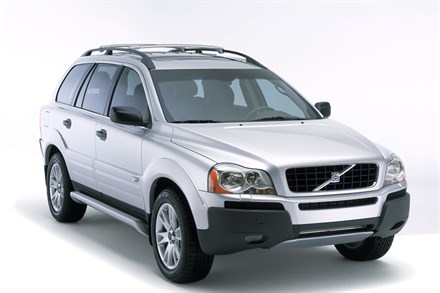