Riding the Big Wave of Style and Performance

Volvo C30 by Heico Sportiv Surfaces at the 2007 SEMA Show

Las Vegas, NV (October 30, 2007) - Windswept beaches, twisty island roads and outrageous North Shore waves have just landed in the middle of the Nevada desert. Yet this is not a mirage. It's the groundswell of excitement generated by the debut of the breathtaking Volvo C30 by Heico Sportiv. One look at this modified special-version C30 is enough to spark island fever among those longing to leave civilization behind and embrace the Aloha spirit of adventure.

The beauty of Volvo's new C30 is that it begs to be customized. Like a blank canvas or a pristine white sand beach, Heico's designers dressed the solid white flanks of the C30's exterior with a radiant, splashy orange surf-pattern kit. The bright orange wave originates at the lower front fenders, artfully climbs up the doors, crests the edges of the tailgate and wraps neatly around the rear fascia.

The hunkered-down look is further accentuated by a modified sport suspension with performance shocks and springs that lower the vehicle by 40 mm. An awesome set of 19-inch five-spoke light alloy VOLUTION® V TITAN wheels is wrapped with low-profile 235/35R19 Continental Sport Contact III tires. Bringing the action to a stop is the job of the enhanced four-piston brake system. Ocean-blue painted calipers displaying the Heico Sportiv logo grab onto 326 x 30 mm discs via sport brake pads.

Surfing is a highly addictive sport that's guaranteed to generate an adrenaline rush for the experienced and novice alike. The same can be said about the enhanced capabilities of the Heico C30's modified powerplant. The stock 2.5-liter 5-cylinder turbocharged engine has been massaged to deliver a robust 300 horsepower at 5500 rpm and a stout 309 lb.-ft. of torque at 3500 rpm. So equipped, Heico says this C30 can sprint from 0 to 100 km/h (62 mph) in just 5.4 seconds.

The turbocharger and intercooler have been modified for enhanced performance while breathing is improved via a Heico sport air filter. To ensure that the engine delivers the goods, Heico has fitted an enhanced ECU power upgrade to the show car. Since enthusiasts like to take matters into their own hands, the C30 is equipped with Volvo's slick-shifting six-speed manual gearbox that transmits power to the front wheels. All of the safety features found on the production C30, including Dynamic Stability and Traction Control (DSTC) remain operative on this totally radical ride.

Vibrant sights and sounds of the islands have been lavishly interpreted and applied to the Heico C30's cabin. Open the door and even the most jaded dude or dudette is apt to exclaim "Cowabunga!" The interior takes the orange theme to the next level. Like a spectacular ocean sunset, tropical flowers or custom surfboard, the depth and richness of the hue is sure to cause double and triple takes.

The bespoke high-quality sport bucket seats emblazoned with the Heico Sportiv logos are swathed in rich orange leather with matching orange stitching. But the Heico team didn't stop there. The material also covers the split-folding rear seats, door panels, steering wheel, floor console armrest, shift knob and parking brake handle. Meanwhile, the matching shade of orange has been skillfully applied to the dashboard, floor mats and even the seatbelts.

Calling this specially prepared C30 a concept car is a bit of a misnomer. It's more of an "idea car" that can be replicated by anyone with the desire and motivation to do so. "This is not just a one-off prototype," says Holger Hedtke, president of German tuning and motor sports company Heico Sportiv. "All the performance parts used are available in our tuning product range."

Heico Sportiv was founded outside of Frankfurt, Germany in 1995. It has grown to become Europe's leading Volvo tuning firm. Heico has the longest running history of endurance racing featuring Volvo cars spanning 13 years. This serves as the engineering basis for offering high-quality components for Volvo road cars. Please refer to www.heicosportivna.com for more information.

Keywords:
C30, Auto Shows
Descriptions and facts in this press material relate to Volvo Cars' international car range. Described features might be optional. Vehicle specifications may vary from one country to another and may be altered without prior notification.
Related Images
Oct 30, 2007 ID: 12652 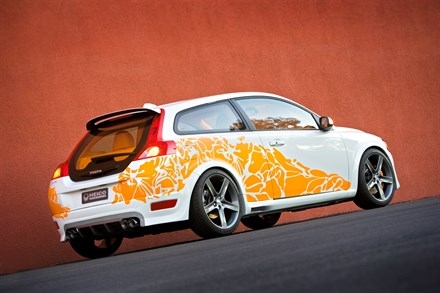 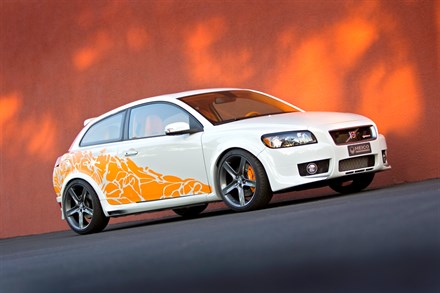 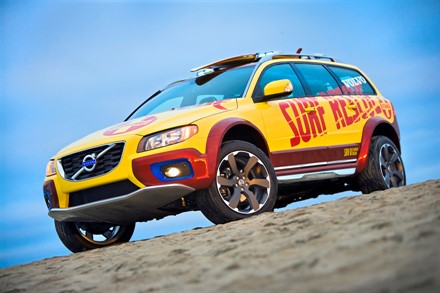