Volvo Cars leads the way in car safety development by adding a unique crash simulator to the sophisticated technology in the company's safety center. The crash simulator is capable of simulating all kinds of crash tests - without destroying the car body.

"With the new crash simulator we can perform tests that correspond much better to complete car crash tests", says Ingrid Skogsmo, Director at Volvo Cars Safety Center. "The setup time is short and we can develop and test complete restraint systems in a more realistic way. This reduces the number of complete car tests, which saves both cost and time."

To simulate intrusion, the front part of the sled's passenger compartment is cut into sections, which are reinforced and mounted to onboard hydraulic actuators. The actuator positions can be adapted to simulate different vehicle models.

30 tonnes on the move

Every detail of the simulation is documented by video cameras on the sled and on two moving camera sleds, all cameras shooting 1000 pictures per second in color.

The overhead photo light crane holds 28 lamps, which create a light intensity that is about three times the intensity on a sunny summer day.

Volvo Cars Safety Centre also features a crash laboratory with two tracks meeting in a cathedral-like hall with 14.5 metres (48 ft) to the ceiling.

The ability to combine two tracks - one that can be moved - makes the laboratory at the Volvo Cars Safety Center unique in the automotive world.

The movable track can be turned by up to 90 degrees, allowing car-to-car impacts from full frontal to right-angled from the side.

"We can quite simply move the reality of the roads into our crash laboratory," says Ingrid Skogsmo.

For barrier tests, only the fixed track is used. The 850-tonne (1,700,000 lbs.) block is moved into place with the help of the same air-cushion technology as is used for the movable test track.

The fixed track is also used for the rolling test, which involves pulling the car in the opposite direction out onto a track where it performs several rollovers. Correspondingly, the car can be driven into a mountainside or a ditch if it is driven in the ‘wrong direction' on the movable track.

The $81 million Volvo Safety Center, the first of its kind in 2000, remains unique in the automotive industry. It is equipped with technologies and test equipment intended to keep Volvo's safety research at the forefront of the industry. Its innovative, pivoting crash track allows safety engineers in the laboratory to create and analyze all conceivable accident scenarios: front impacts, rear impacts, and every angle in between, plus rollovers. The Safety Center was first to test side impact collisions, studied with both test cars in motion. The center also provides a laboratory for impacts between dissimilar vehicles; cars and SUVs, for example (integral to the development of Volvo's first SUV - the XC90). The Volvo Safety Center continues to yield invaluable information -- information that makes the company the "center of excellence" for safety at FMC -- leading to safer vehicles for the real world. 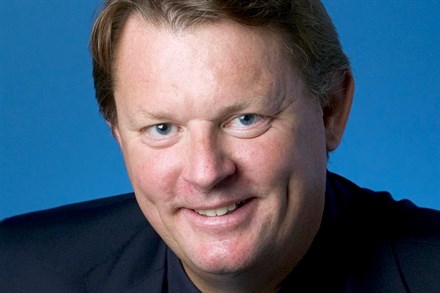