Volvo is re-defining the "crossover" segment with next generation luxury, technology and capability

Ten year later, the third-generation XC70 rolls into the spotlight at the Geneva Motor Show.  The original recipe is still intact, but now Volvo's crossover vehicle has added luxury as well as even greater capabilities for adventure.

The original XC exceeded Volvo's sales expectations largely based on the vehicle's appeal to consumers in the United States.  For them, the XC70 served the functionality of an SUV, while providing the distinctive Volvo feel of a true premium car.  The term "crossover" emerged.

The XC70 badge has retained its power of attraction since introduction with the current generation reaching peak sales over 24,000 in the United States.  "We had a winning concept from the very outset and we have continuously refined it," says Fredrik Arp, president and CEO of Volvo Car Corp.  "The all-new XC70 maintains its tough, capable attitude while at the same time growing more comfortable.  Additionally, our design team has given the vehicle a more elegant, more luxurious look."

Perfect For an Active Lifestyle

Whether it's picking up the kids from school, navigating city traffic for a night on the town, or negotiating the wilderness half way up a mountain, the all-new XC70 is equal to the task.

With an elevated feel and driving dynamics that are exhilarating yet comfortable, the roomy yet luxurious interior of the all-new XC70 is peerless in functional versatility.  Beyond perception and image, the owners of this lifestyle vehicle make their choice of the all-new XC70 because they intend to fully exploit its capabilities.

"The XC70 has primarily been created to get you to the end of the road.  But it has also shown its ability to take you further if you want, or dare, to.  A couple of years ago, we organized a test-drive in the Baja of Mexico on some of the worse 'roads' imaginable - as close to off-road as you could get. Even the most hardened adventurers were impressed by what the XC70 could handle," Arp recalls.

Flexing its muscles still further, the all-new XC70 is available with a 3.2 in-line six-cylinder engine.  In the new model, the electronically controlled all-wheel drive from Haldex of Sweden can be supplemented with a Four-C active chassis, which enables personalization with three distinct driver settings: comfort, sport and advanced.  Also new in this XC70 is an industry world's first height-adjustable booster cushion further enhancing child safety, and a Hill Descent Control feature, ventilated seats and a world-class sound system which contribute to a comfortable and pleasurable driving experience.  These features clearly illustrate the dual personality, and all-around versatility, of the all-new XC70.

In the United States, the XC70 has garnered press association awards including Best All-Weather Wagon in New England, Best in Class wins at the Texas Truck Rodeo and Best Overall Vehicle of the Rockies.

After Geneva, the all-new XC70 will be seen for the first time in North America at the New York International Auto Show in April.  U.S. sales will begin in the fourth quarter of 2007.

Keywords:
2008, XC70 (2008-2016)
Descriptions and facts in this press material relate to Volvo Cars' international car range. Described features might be optional. Vehicle specifications may vary from one country to another and may be altered without prior notification.
Related Images
Mar 06, 2007 ID: 10996 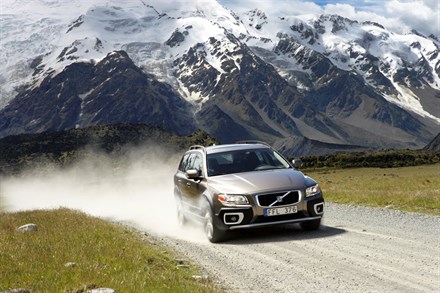 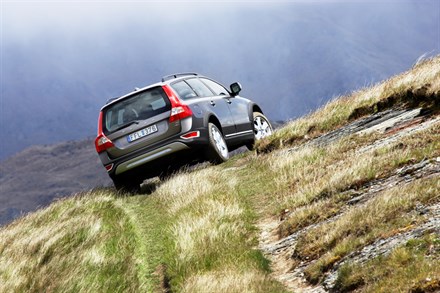 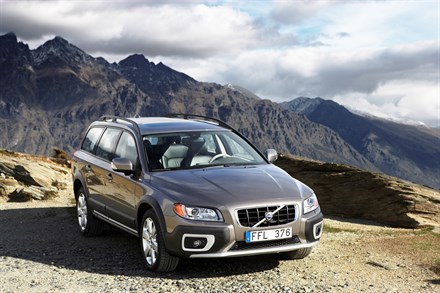