The first Volvo car equipped with an airbag left the assembly line in 1987 - and since then the company has extended the technology with several world-firsts. Volvo was first with both the seat-mounted side airbag and the Inflatable Curtain (IC) - and in 2012 the technology's 25th anniversary was celebrated with the introduction of the groundbreaking pedestrian airbag in the all-new Volvo V40 hatchback.

Lennart Johansson, who was part of the pioneering work in the 1980s, adds: "The benefit of modern airbag technology is that it takes very little space and still helps provide a good level of protection that can be optimised for the occupant and the crash situation. However, when we see a need for enhanced protection we always search for a total safety solution. The airbag is one solution and it can be combined with other measures."

Another recent example is the new knee airbag in the all-new Volvo V40.  It is designed to distribute the load on the driver's lower body in a frontal collision.

The airbag was quickly recognised by many observers as the best solution and some even believed that it even would replace the three-point safety belt that was invented by Volvo Car Corporation back in 1959.

In 1994, Volvo Car Corporation took the technology further by introducing a side airbag that is integrated in the seat backrest, ready to help protect the chest in a side impact.

"We took a huge step forward by making the side airbag part of our patented Side Impact Protection System that is integrated in the body structure," says Lennart Johansson.

Instead, the convertible Volvo C70 is equipped with door-mounted inflatable curtains that are deployed upwards in a side collision and remain inflated to help provide protection if the car rolls over.

Volvo has taken this technology another step further by extending the curtain to also provide enhanced protection in offset collisions and for children in the rear seat.

Keywords:
Safety, Technology, Historical
Descriptions and facts in this press material relate to Volvo Car UK's car range. Described features might be optional. All information is correct at time of going to press and may be altered without prior notification.
Related Images
Sep 19, 2012 ID: 45517 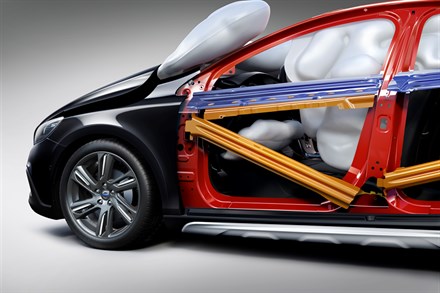 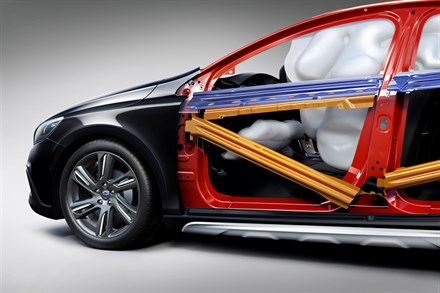 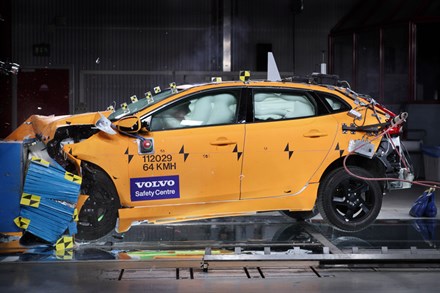