The second quarter of 2011 shows an operating EBIT* of 600 MSEK, an improvement of 170 MSEK compared to prior year.

"We are gradually returning to sustainable profitability although we have more work to do before we reach our objectives. A good sales increase is evident in many markets as we are working to revitalise the Volvo brand to attract more customers", says Stefan Jacoby, President and CEO, Volvo Car Corporation.

The operating improvement of 170 MSEK is explained primarily by higher volumes and an improved mix of vehicles, partially offset by increased costs due to investments to support expansion plans and negative development of exchange rates. Revenue was 33 BSEK, a 3.5 BSEK increase from a year ago. In the first six months of 2011, Volvo Car Corporation has delivered an operating profit of 1.2 BSEK.

Retail sales in the second quarter increased by 26.6 per cent to 123,919 units, compared to 97,884 units in 2010. Growth was recorded in all sales regions, with China demonstrating the largest increase with 62.1 per cent versus 2010. North America grew by 43.0 per cent, Nordic region by 17.7 per cent, Europe improved by 15.5 per cent and the Overseas region grew by 41.6 per cent compared to the same period in 2010. Market share improved in all regions compared to the previous year.

Improved sales are mainly driven by strong demand for the all new S60 and V60 together with the Volvo XC60 crossover with sales improving month by month. Volvo Car Corporation's commitment to reducing the CO2 footprint from its product range continues to be appreciated by customers, with the Volvo DRIVe range representing 19.2 per cent of sales in Europe. The second quarter also witnessed the production start of the first 250 Volvo C30 Electric vehicles, where Volvo Car Corporation demonstrates the next generation of sustainable mobility with zero tailpipe emissions.

Overall, the performance in the first six months provides great confidence. However, the current unstable economic climate is likely to result in additional volatility both regarding consumer confidence as well as exchange rates and raw material prices that may in turn impact profits. Additionally, reduced production capacity during the vacation period may also impact business result in the third quarter.

"The recent developments in the global economy makes it difficult for us to predict the car market and we need to be prepared for changes in consumer demand" says Stefan Jacoby, President and CEO, Volvo Car Corporation.

Keywords:
Sales Volumes, Overview
Descriptions and facts in this press material relate to Volvo Car UK's car range. Described features might be optional. All information is correct at time of going to press and may be altered without prior notification.
Related Images
Aug 02, 2010 ID: 34401 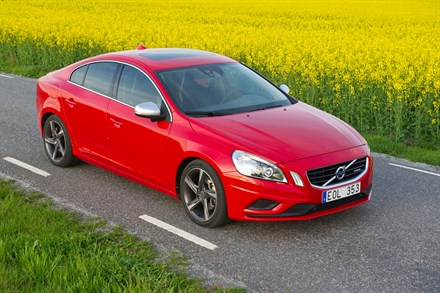