Volvo Polestar Racing is gearing up for STCC

- Reigning Champions are going after both titles

Quicker C30 DRIVe racer
Last year, Volvo Polestar Racing won both the Scandinavian Cup for drivers and the team championship, and finished second in the driver championship. This year, the team is even more determined to win both championships.

"We have won four out of five possible titles the last two seasons so we are precisely 80 per cent satisfied. During the winter, we have virtually designed a completely new chassis and we have two multiple champions behind the wheel. There will be no excuses this year" says Christian Dahl, Team Manager for Volvo Polestar Racing.

"I have competed as a works driver in the BTCC, ETCC and the WTCC for several manufacturers and top teams, and I am impressed with Volvo Polestar Racing. There is a lot of confidence and know-how in the team. I am really looking forward to the season now" says James Thompson.
James Thompson is perhaps new to Volvo Polestar Racing but he is well known to his team mate Tommy Rustad, 2009 STCC Champion with Volvo.

"I raced James Thompson in the BTCC so I know his capacity. The team has signed a top-rank driver. I feel very good about this. Volvo Polestar Racing is the only team in STCC that continuously has both the technology, policy and the driver capacity that enables both drivers to win all races and all championships. This is really good for the confidence for us drivers and it is also our major strength as a team" says Tommy Rustad.

From race cars to customer value
At Volvo, the new season is highly anticipated, and there is also a large amount of satisfaction over the cooperation with Polestar. At the same time as the STCC season premiere is approaching, Polestar is already off evaluating WTCC for Volvo, and there is a substantial effort at work to launch Polestar Performance engine optimizations to new markets.

"We have not only managed to develop very successful race cars together with Polestar but also managed to develop motorsport into a business. Today we can not only offer Volvo enthusiasts pride and joy with our race cars but also something very tangible and special for their own cars," says Derek Crabb, Motorsport Director at Volvo Cars.

For more information about the season, the team, car and drivers, visit www.volvopolestarracing.com

Keywords:
Events/Activities, Sponsorship
Descriptions and facts in this press material relate to Volvo Car UK's car range. Described features might be optional. All information is correct at time of going to press and may be altered without prior notification.
Related Images
Apr 08, 2011 ID: 37643 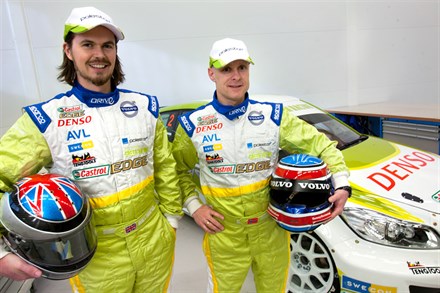 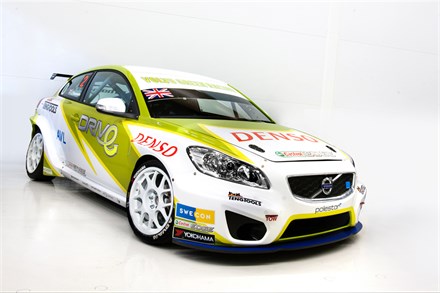