Drivers wanting the highest levels of driving dynamics and class-leading safety as well as the lowest levels of emissions now have yet another choice in the Volvo range.  The new Volvo S60 and V60 offer sub-120 g/km emissions from their 1.6 litre turbo diesel engines.

The new 1.6 litre DRIVe engine ensures both models fall below the 120 g/km threshold meaning that there is no first year road tax and thereafter, only a £30 a year road tax bill meaning it is good news for both retail and business users.

Production of the S60 DRIVe and V60 DRIVe will begin at the end of February with customer vehicles expecting to be delivered in April 2011.

The Volvo S60 and V60 were launched in 2010 and became Volvo's most dynamic cars ever, both cars featuring ground breaking safety technology along with distinctive Scandinavian design.  Both models have recently benefited from the R-Design treatment with restyled bumpers, chassis dynamics and interior enhancements.  All engines, including the new DRIVe 1.6 litre diesel are available in R-Design specification.  The S60 and V60 are available from £22,495 and £23,670 on the road, respectively, with a wide range of diesels and petrol engines, including the newly launched T3 with start/stop, T4 with start/stop and the T5.

Volvo's DRIVe badge is fitted to those models that offer the best environmental performance in their respective size segments.  Volvo's belief is that economy should come without any detriment to the driving and usability of the vehicle, therefore the interior and versatility of each DRIVe vehicle does not differ from its' other variants.

Those models already offering DRIVe versions include the London Congestion Charge beating C30, S40 and V50, along with the XC60 and XC70, while in spring 2011 the Volvo V70 DRIVe (119 g/km) and Volvo S80 DRIVe (119 g/km) will become available with the further-enhanced Euro V diesel engine.

This means that drivers will have a choice of nine DRIVe models, of which seven produce CO2 emissions of under 120 g/km and three below 100 g/km.

"We have moved ahead very quickly since we launched our first three 119 gram models in Paris in autumn 2008. The fact that we now have seven models below 120 g/km, three of them below 100 grams, emphasises that few of our competitors can match us in the drive for increasingly eco-efficient cars," says Volvo Cars President and CEO Stefan Jacoby.

Keywords:
Old S60, Old V60, Environment, 2011, 2012
Descriptions and facts in this press material relate to Volvo Car UK's car range. Described features might be optional. All information is correct at time of going to press and may be altered without prior notification.
Related Images
Jan 14, 2011 ID: 36123 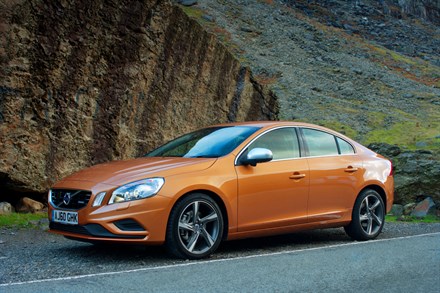 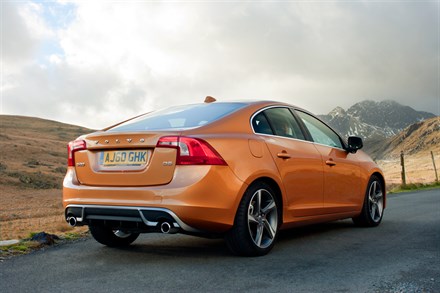