Volvo's engine range is launching two new four-cylinder 1.6-litre petrol engines, T3 and T4, featuring the very latest direct injection technology. The GTDi (Gasoline Turbocharged Direct Injection) concept was developed to offer improved fuel consumption without compromising on performance. The 1.6 GTDi T3 features 150 PS while the T4 offers 180 PS and both will be available in the all-new Volvo S60 and V60 in late 2010.

The 180 PS T4 engine delivers maximum torque of 240 Nm from just 1600 rpm all the way up to 5000 rpm. An automatic on-demand overboost function provides a massive 270 Nm of torque which results in excellent pulling power across the entire rev range. The torque curve is relatively gentle, providing a comfortable driving experience. The 150 PS T3 version offers 240 Nm of torque.

"Small, high-performance GTDi engines are a part of our bid to get more energy out of smaller engines" says Magnus Jonsson, Senior Vice President Product Development at Volvo Cars.

On both 1.6-litre engines, each injector has been positioned centrally above the piston, just beside the spark plug. The injectors have six holes each which offer finely atomised fuel distribution.

The centrally located multi-hole injector makes it possible to control fuel dosage precisely. In cold starts, the fuel is sprayed into the middle of the combustion chamber just prior to ignition. The high fuel injection pressure of 100 bar means that preparation is perfect and less fuel ends up on the cold combustion chamber walls. This helps cut emissions and considerably reduces the amount of fuel consumed. Another effect is a major reduction in the amount of soot particulates compared with a side-positioned injector.

In cold starts, this injection technology also contributes to quick heating of the catalytic converter, which in turn speeds up the exhaust cleaning process.

Direct injection gives a high fill rate in the combustion chamber. Apart from effective combustion and lower emissions, this also helps the turbo start up earlier and provides swift response even from low engine revs. This promotes fast acceleration and good driveability from low speeds.

"This is the most modern injection technology in existence and Volvo played a major role in its development," says Magnus Jonsson. "Our cooperation with Bosch, which manufactures the system, has been ongoing for a number of years and is highly successful."

Direct injection in combination with turbocharging and variable valve timing has made it possible to deliver performance properties on a par with far larger engines, whilst reducing fuel consumption and environmental impact to considerably lower levels.

"We estimate reductions in fuel consumption and exhaust emissions in the region of twenty percent compared with a conventional petrol engine with larger displacement and similar performance," says Magnus Jonsson.

The GTDi engines utilise variable valve timing for both camshafts. Both the inlet and exhaust valves' opening times can be varied to optimise overlap and ensure exactly the right fill in the combustion chamber, irrespective of engine revs. This optimises combustion throughout the rev range and contributes to swift acceleration in all operating conditions.

The new GTDi engines have a compact format and are made entirely from die-cast aluminium, offering low weight and good heat-dissipation capability. A plastic inlet manifold helps minimise weight.

In order to reduce petrol consumption and emissions, the fuel must also be utilised as efficiently as possible, the fuel injection system has been refined so that combustion can be regulated with extreme precision.

The 1.6 GTDi T3 and T4 engines are available with a six speed manual gearbox, whilst Volvo's automatic six-speed Powershift transmission is an option on the T4.

Further technical details will be available closer to the launch date.

Keywords:
Old S60, Old V60, Technology, 2011
Descriptions and facts in this press material relate to Volvo Car UK's car range. Described features might be optional. All information is correct at time of going to press and may be altered without prior notification.
Related Images
Aug 31, 2010 ID: 34513 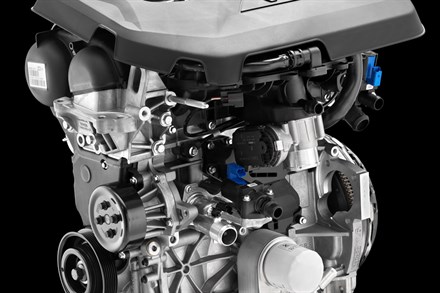 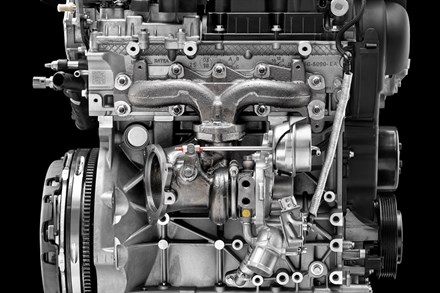 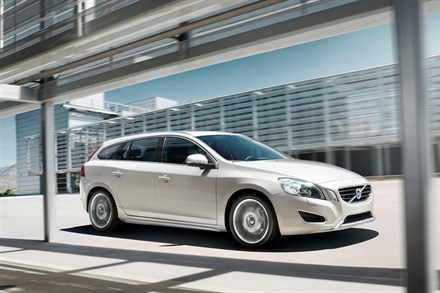