Performance tuning specialists, Heico Sportiv, have turned their attention to the all-new Volvo S60 and developed a storming 330 PS version of the T6. Just 100 versions of the Black Sapphire metallic special edition will be available at a price of €63,968, equivalent to just over £53,000.

The hot Volvo S60 T6 Design by Heico Sportiv is based on the standard model and has received an upgrade to the six-cylinder turbo petrol engine, offering a 26 PS power improvement - from 304 PS to 330 PS. The power increase is a result of Heico Sportiv e.motion technology, which stands for "efficiency in motion" and features an additional engine control unit and a revised engine management system.  Torque has also been improved to 460 Nm over 2100-4500rpm and to support the extra power, new sports springs have been fitted to the Four-C chassis which lower the car's ride height by 30mm. For perfect traction, the high-performance saloon is fitted with standard permanent All Wheel Drive.

The engine is mated to Volvo's Geartronic transmission and, as a result, the car sprints from 0-62 mph in 5.8 seconds and reaches a top speed of 155 mph (electronically controlled). Average fuel consumption is 27.4 mpg, corresponding to CO2 emissions of 239 g/km (provisional figures).

To compliment the sporting ability under the bonnet, the Black Sapphire metallic Volvo S60 T6 Design by Heico Sportiv is equipped with 19-inch Diamond cut alloys with Pirelli tyres and a two-part front spoiler and rear diffuser bumper made of superlight plastic and carbon fibre.

On the inside, Heico has developed the interior by fitting aluminium trimmed gearknob and pedals and a limited edition plate which identifies the specific production number of the car. The car also features a comprehensive range of specifications alongside all the familiar Volvo safety technology, including Driver Alert, BLIS (Blind Sport Information System) and Pedestrian Detection.

Heico has more than 20 years experience in the refinement and performance of Volvo models, and has been an official partner of Volvo Car Germany GmbH since 2008. Currently there are no plans by to introduce the car into the S60 line-up in the UK.

Keywords:
Old S60, Concepts
Descriptions and facts in this press material relate to Volvo Car UK's car range. Described features might be optional. All information is correct at time of going to press and may be altered without prior notification.
Related Images
Sep 03, 2010 ID: 34539 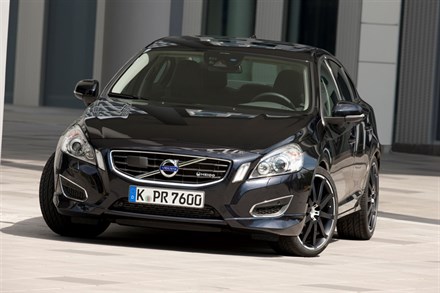 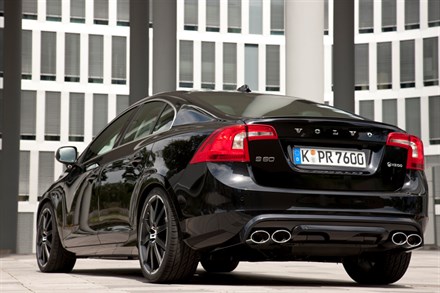