Volvo Car UK welcomes The Mayor of London's consultation on the future of the Congestion Charge exemption for low CO2 emitting cars and hybrids.

As the instigator of the Emission Equality Congestion Charge campaign, Volvo Car UK has today welcomed The Mayor of London, Boris Johnson's decision to launch a consultation on the existing Congestion Charge exemption for hybrids and alternative fuel vehicles.

Under the current rules, the Alternative Fuel Discount gives drivers of alternative fuel and hybrid cars a 100% discount in London's Congestion Charge. It is Volvo's belief that this method of discounting is now outdated as many modern conventionally-engined cars, such as Volvo's S40 DRIVe - the current What Car? Green Car of the Year - emitted less CO2 than most hybrids.

Volvo had questioned what place an emissions discount had in a congestion charge but, if a discount should exist, called for fairness in any scheme so that it didn't bias one particular technology over another.

Under The Mayor's new ‘Greener Vehicle Discount' proposal, any cars registered after 1 January 2011 that emit less than 100g/km of CO2 and meet the Euro V standard for air quality will be exempt. In addition, and as a way of encouraging the uptake of electric cars, the same exemption will apply to full battery electric and plug-in hybrid cars.

Transport for London is inviting feedback on the new proposals until 2 August 2010 via the TfL website: https://www.tfl.gov.uk/tfl/roadusers/congestioncharging/consultation/default.aspx Once a decision has been made, the results will be published, with any changes taking effect from 4th January 2011.

Volvo already offers a sub-100g/km Volvo C30 SportsCoupe. It has also shown a V70 estate with plug-in hybrid technology that emits less than 50g/km CO2 - this technology will be launched in 2012 - and prototype versions of a full battery-electric C30. All three of these cars will be available for the media to drive at the SMMT Test Day at Millbrook on Thursday 27 May.

In welcoming the announcement, Volvo Car UK's Managing Director, Peter Rask, said: "When we started the Emission Equality campaign, it was clear to us that the discounts offered to hybrid and alternative fuel cars were out of date and unfair to the many thousands of motorists who'd decided to take a different technical route to achieving a lower level of emissions.

"On behalf of all manufacturers of conventionally-powered low emission cars, all we asked The Mayor for was a level playing field. I'm very pleased that this consultation has been launched and the proposals could give Londoners a far broader choice of low-emission cars in the future."

Volvo launched its campaign for London Congestion Charge Zone emissions equality when it wrote to Mayor Boris Johnson in June 2009.

Drivers affected by the charges were also encouraged to register their support at www.volvocars.co.uk/emissionsequality and invited to follow the cause on http://twitter.com/equality or www.facebook.com/pages/Emissions-Equality/119945287541

Keywords:
Environment
Descriptions and facts in this press material relate to Volvo Car UK's car range. Described features might be optional. All information is correct at time of going to press and may be altered without prior notification.
Related Images
Dec 09, 2008 ID: 18307 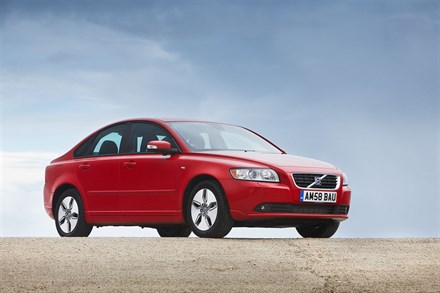 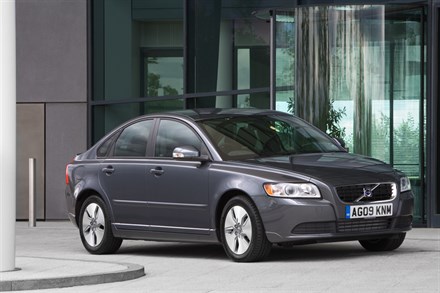