Like all DRIVe models, drivers do not have to compromise on high levels of comfort and specification with both models being available to order in SE, SE Premium, SE Lux and SE Lux Premium trim levels.

Intelligent battery recharging ensures that the car's control system only allows the alternator to charge the battery when the engine is operating at low load, for instance when driving downhill. In addition the belt that drives the alternator and air conditioning compressor benefits from reduced friction helping lower fuel consumption and emissions.

"There has been a swift pace of development since the launch of our first 119-gramme models in Paris in autumn 2008. Now that we have brought two of the larger models in below the magical 120 g/km limit, few of our competitors can now match us when it comes to offering customers an extensive range of low emission cars," says Volvo Cars President and CEO Stephen Odell.

Keywords:
Environment, Technology, 2010, 2011, V70 (2008-2016), S80 (2008-2016)
Descriptions and facts in this press material relate to Volvo Car UK's car range. Described features might be optional. All information is correct at time of going to press and may be altered without prior notification.
To view the full copyright information click here
Related Images
Oct 27, 2009 ID: 31062 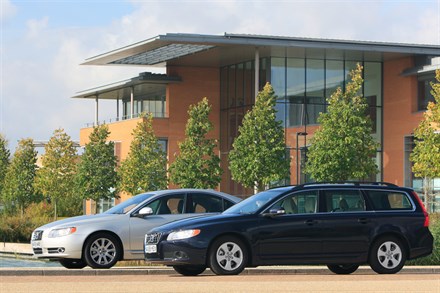 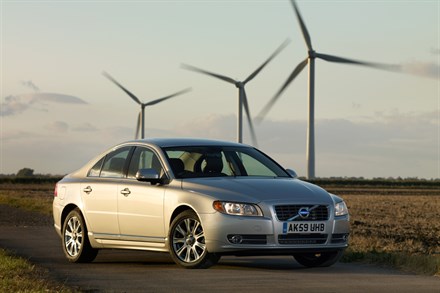