The Volvo XC60 DRIVe is ideal for company car drivers who want all the benefits of a comfortable, raised driving position, but like the idea of lower tax and fuel consumption benefits of two-wheel-drive.

CAP recently upgraded its residual value predictions now that it has spent some time behind the wheel of the Volvo XC60 DRIVe estimating the trade price of a 2.4D DRIVe SE at 40% (£10,525) of its cost-new price after three years and 60,000 miles. Add roughly 15% to the trade value and you have a retail value which would be an estimated £14,597.

The Volvo XC60 joined the DRIVe range in summer 2009 to become the first premium Crossover to fall below the all-important 160g/km Writing Down Allowance threshold for company cars. The introduction of front-wheel drive and the new 2.4D engine to the XC60 saw CO2 figures tumble to 159 g/km and fuel economy improve to 47.1 mpg.

"When we first discussed the concept of what has become XC60 DRIVe with the residual value guides and larger fleets 18 months ago, about 40% weren't convinced there was a market for a front-wheel-drive premium Crossover. Since then, you could say the world has changed, and most have changed their minds. Residual value predictions have increased which has led to lower monthly contract hire rentals and more fleets adding it to their company car choice lists," explained John Wallace, National Corporate Strategy & Development Manager at Volvo Car UK.

"No other car offers this combination of equipment, dynamic looks, safety and environmental prowess, at the same time offering great fuel economy and lower CO2 figures. The awareness of DRIVe across all models in the Volvo range has increased enormously and in a recent Fleet News survey regarding familiarity of green car brands, DRIVe jumped up into fourth position - up from eleventh place in 2008," he added.

All XC60 models, including DRIVe, come as standard with Volvo's award-winning City Safety system, which helps drivers to avoid low-speed collisions, reducing the risk of injuries such as whiplash and keeping bodywork repair bills to a minimum.

Keywords:
Volvo XC60, Overview, 2010
Descriptions and facts in this press material relate to Volvo Car UK's car range. Described features might be optional. All information is correct at time of going to press and may be altered without prior notification.
Related Images
Jul 16, 2009 ID: 20262 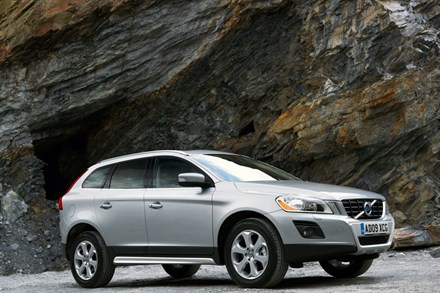 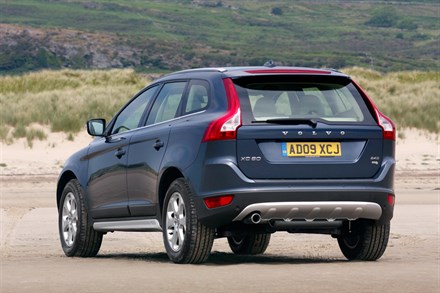