Two more dealers have been appointed by Volvo Car UK as part of its strategy to grow its national network to 110 by the end of 2010.

Autoworld Chesterfield and Essex Auto Group in Billericay have opened their doors just as Volvo has launched a wide range of new DRIVe cars with lower emissions and excellent fuel consumption, and announced improvements to its C70 and C30 ranges. These two new sites take the total number of Volvo Car dealers to 104.

It is a blast from the past for Autoworld as it has opened for business on a site that was previously occupied by Volvo dealer Hinchcliffe back in the 1970s. The site will manage relationships with Volvo customers across Derbyshire and South Yorkshire.

Essex Auto Group in Billericay is based on the London Road, alongside its Ford dealership, and has been working in the town for the past 20 years.

Volvo has already opened discussions with a number of other dealers (some existing and some new to the franchise) and will make additional appointments during 2010.

Steve Lane, dealer principal of Autoworld, said: "Autoworld has already become a leading authority in highlighting the benefits of greener motoring to customers through its Litre Beaters marketing programme, and Volvo's new DRIVe range with Start/Stop fits well with this concept. Volvo has arguably one of the greenest ranges now available in the UK, which gives us the widest choice of green motoring options in the region," he added.

Philip Maskell, chairman of Essex Auto Group said: "Located less than 10 minutes from Brentwood and 20 minutes from Chelmsford, we are well placed to offer Volvo customers a comprehensive range of new, used and after sales services. We are delighted to be representing Volvo in the region."

Volvo's London presence is also growing thanks to Volvo Cars London, which operates sales and after sales sites in Central, North and West London, with the Central London site split between a sales dealership on the Euston Road and a dedicated after sales centre in nearby Regent's Park. Volvo Cars London has also been appointed by Volvo Car UK to take control of the International Customer Sales Division, which manages vehicle deliveries to British military personnel based abroad, as well as diplomat and ex-pat customers.

Philip Hand, Network Development Manager for Volvo Car UK Limited, said: 'In certain parts of the country we have been looking for dealer partners that are well known in their local areas, who we feel can represent Volvo with energy and enthusiasm in the market. Both EAG and Autoworld fit with this strategy and we are very much looking forward to working with them to develop their businesses'.

This news follows Volvo's announcement earlier in 2009 that it had appointed six new dealerships to the franchise.  Doves Group, Jardine Motors, Hatfields and Donalds Motor Group have all opened new and used vehicle sales and service centres. Doves Group already operates Volvo franchises in three locations in the South of England, and added a further three dealerships in Blackburn, Oldham and Preston.

Keywords:
Overview
Descriptions and facts in this press material relate to Volvo Car UK's car range. Described features might be optional. All information is correct at time of going to press and may be altered without prior notification.
Related Images
Oct 13, 2009 ID: 30914 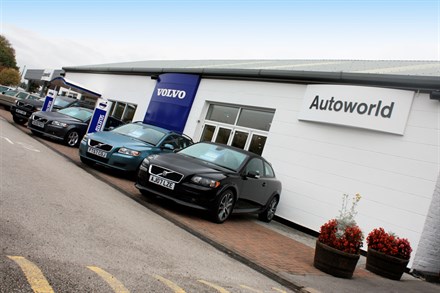 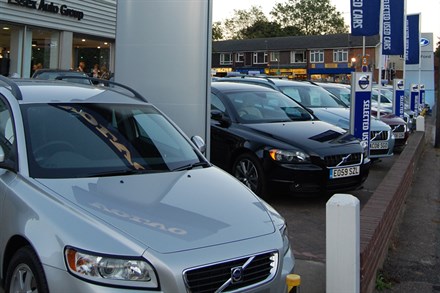 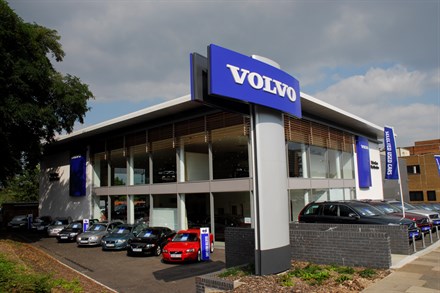